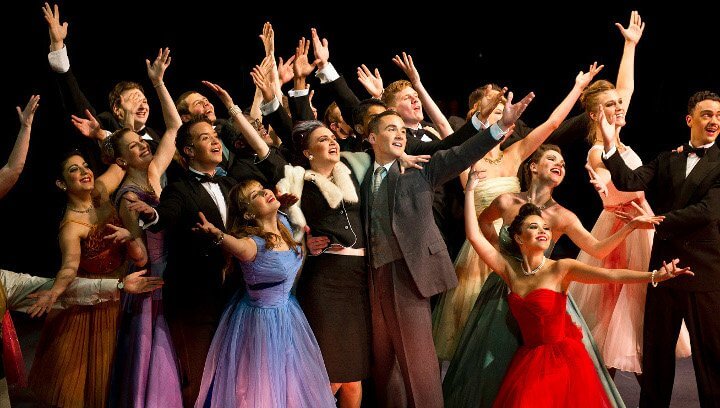 So you want to be an actor? Drama School vs University

You aced your GCSE Drama course. You’re on the way to a top mark on your Theatre Studies AS-Level. You’ve starred in your school’s theatrical productions, and you have decided you want to be an actor. But, as you begin looking towards your higher education, you face a massive question: should I go to drama school, or to university?

It’s an incredibly important decision, and, potentially, a life-changing one. Regarding acting, a profession to which there are innumerable ‘ways in’ –  and in which luck plays such a significant role –  there can be no definitive answer. As such, this article will seek only to highlight some of the potential pros and cons of these two options.

At first glance, drama school might seem to be the obvious choice for budding performers: their courses are designed specifically to prepare people for a career in acting. As well as honing the performance skills you should already possess, you will be taught the tools and techniques to aid you in your pursuit of becoming a successful actor. This is training which you will not receive on a university course, regardless of what you’re studying (even if it’s a BA in Drama).

However, said training and a subsequent BA or equivalent from drama school is a far less versatile qualification than a university degree – the latter can certainly provide a ‘safety net’, should you ever decide to give up the struggle often associated with a career in acting. There will also be the opportunity to gain valuable acting experience in front of (usually) very receptive audiences throughout your time at university, either within its drama society or otherwise.

Having said this, the exposure to casting directors and agents usually offered by drama school showcases (in comparison to theatre at universities) is generally vastly superior; it can provide and all important head-start at the beginning of a young actor’s career – at drama school, you’re definitely more likely to be ‘spotted’.

It should be noted that it is not uncommon for actors to train after completing a more ‘traditional’ university degree – Benedict Cumberbatch studied Drama at the University of Manchester before moving on to LAMDA – and that many very successful actors never formally trained at all; neither Sir Ian Mckellen nor Derek Jacobi attended drama schools, but were instead able to ‘learn on the job’ while working in repertory theatre (although in a climate where repertory theatre has all but disappeared, perhaps the need to formally train has increased).

While there may be no absolute answer to this question, it could be argued that attending drama school after completing a university degree combines the best of both worlds: training and a fall-back option, exposure and versatile degree. However, although many leading drama schools offer one- or two-year graduate courses, this is still a major commitment in terms of time and money, and not necessarily a viable option for everyone.

Whatever your decision, just remember that acting is an incredibly tough and volatile profession, regardless of how you get into it; I was recently employed as a ‘scare actor’ in the Chamber of Horror at Madame Tussauds, working alongside brilliant professional actors who had graduated from institutions ranging from RADA to The University of Manchester, all trying to make their way in the industry (but spending their time between ‘proper’ acting jobs frightening tourists, who occasionally try to beat them up).

Essentially, only a few things are certain when it comes to acting: you need to work extremely hard at it, and, ultimately, you need to be lucky. If these two apply to you, then congratulations – there’s a chance you might just make it.