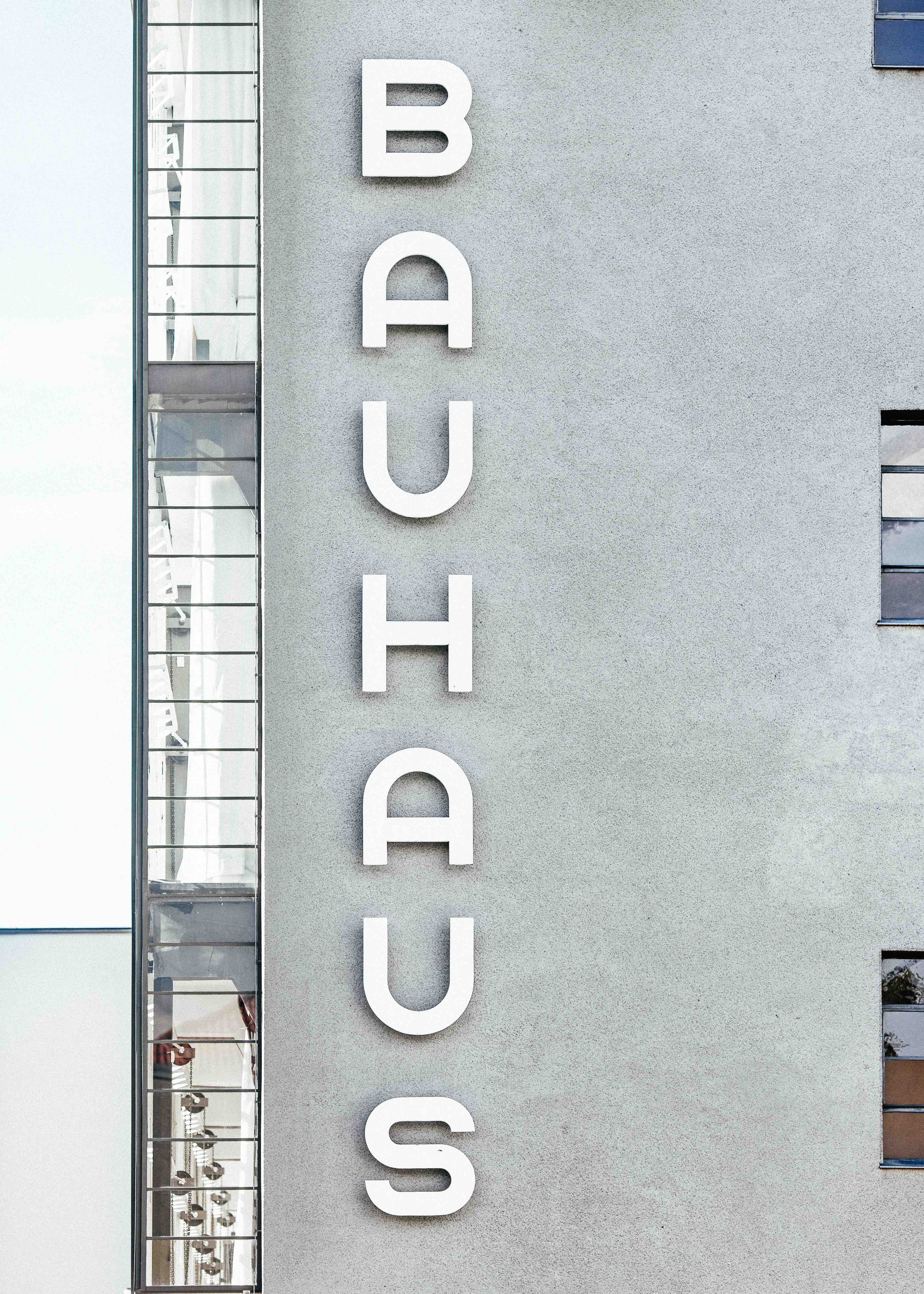 The Bauhaus was a prolific design school in Germany, founded in 1919 by architect Walter Gropius and closed in 1933. Walter Gropius opened the institution with the hope to fuse art, technology and craft into ordinary life, allowing art to access all corners of society. The school took both men and women, taking them through a rigorous course of preliminary design, aesthetic theory and finally a specialism in subjects such as architecture, metalwork and weaving. Disrupted by the National Socialists in 1933, the school closed and many of its students fled abroad, spreading this vision of design.

Why Was it so Important?

Despite its short life, the school produced modern designs, attitudes and ideas which have changed the way we experience art and design. From the chairs mass-produced for our classrooms to the tea-sets we use in hip cafes, the Bauhaus changed the face of design. The Bauhaus was closed almost a hundred years ago, and yet we still see its ideologies, practices and lifestyles in modern art.

However, what is perhaps more important, is considering what went wrong with the Bauhaus, and how we can learn from this. The Bauhaus, despite its socialist vision, actually only produced expensive items. For example, one tea set could cost as much as an average citizens weekly pay, making products totally inaccessible for the general public. Furthermore, the Bauhaus had questionable gender policies. Like in many institutions at the time, women were considered as less able than men. This often meant women were confined to traditionally female crafts like weaving, and there was only one female teacher. So despite its infamous reputation, the school did have its issues which have to be questioned and interrogated.

Why is this Important for Art History and Life?

It is institutions like the Bauhaus which makes Art History so compelling and relevant today. When considering the history of art, we must consider where things went wrong, and how in our own efforts we can avoid such mistakes. For example, in my work in a gallery, I make sure everything is as publically accessible as possible, seeking to include everyone, not just the elite. This example shows how art history is integral to work in the arts. Art history is often wrongly positioned as solely an academic field of study, particularly when it is about historically distant art. However, I really believe that studying different time periods sheds much light on our own, giving key insight on issues which will arise in the world of work. So, when studying Art History, think about:
1) What does the artwork or institution reflect about wider issues at the time, such as politics?
2) Does the artwork support or critique these politics?
And 3) How do those ideas echo in life today?

Dwarves and Giants: Why Study the History of Art and Architecture?
The Value of Art
Why might Theodor W. Adorno deny photography the status of an artwork?