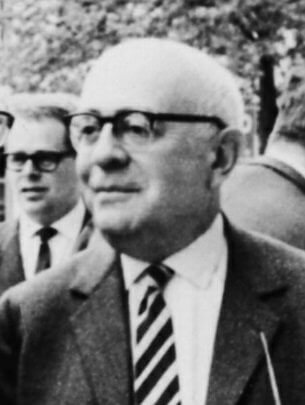 Why might Theodor W. Adorno deny photography the status of an artwork?

I should firstly say that Adorno would never deny any medium in its entirety the possibility of becoming art. However, the extent to which Adorno denies photography and film the status of an artwork refers to the manner in which what he refers to as the ‘culture industry’ invokes the technical constitution and possibilities of these mediums. The culture industry refers to a particular development of industrial society wherein people are compelled to seek relaxation in order to restore the labor-power spent in the alienated process of production. This need is the mass basis of culture industry and on it has arisen powerful amusement and entertainment industries, which adopt the mediums of photography and film. Here, aesthetic taste and receptivity have become predigested and standardized, and as such, art, as a means of filling out leisure time, has become entertainment. His critique of the culture industry is directed at the claim objectively made by its products to be aesthetic formations and thus representations of truth.

For Adorno, the truth of a work of art consists in its aesthetic autonomy, or in its ability to express freedom from that which is merely the case. The theme of Aesthetic Theory (1970) asks how can something be more than what it factually is? This is the artwork’s utopian content. Adorno answers this question by positing art as a critique of domination, a critique of the rationally destructive social whole through a non-discursive presentation of truth. Art’s constituent elements are drawn from the ideal of humanity as freedom. Through its form, art expresses an unease at fulfilling a social function, use, or intention. Through aesthetic autonomy, artworks detach themselves from the empirical world and bring forth another, or at least the possibility of another. Since human freedom exists beyond need or survival, artworks oppose reality to the extent that this structure of mere self-preservation or utility has emerged as the barbaric content of contemporary reality.

However, art’s rejection of the empirical world nonetheless sanctions the primacy of reality and asserts something in its detachment. In this way, art both turns against what exists and comes to its aid by giving form to its elements. Said another way, artworks communicate with the materials of reality, yet also negate the rational determinations stamped upon the empirical world. If rationality has dominated nature, art invokes the possibility of reconciling this subordination by conceding truth to the object and thereby reinstating nature. Adorno refers to this as ‘the domination of the dominating’, or as ‘the social antithesis of society’. By virtue of its “uselessness,” its wish to be solely for-itself and to elude the laws of universal exchange, the artwork frees nature from its role as a mere instrument or means.

In glaring contrast, the culture industry subsumes the purposelessness of art into the realm of purpose. For Adorno, the mediums of photography and film drag art from its immanent purposiveness to the purposes of the culture industry. These mediums then elicit mass psychological behavior, that is, a form of pathological projection and identification in which people strive to adapt to models and stereotypes. This is accompanied by a set of standardized reactions.

For Adorno, the resulting reification of the audience is a degradation of human perception. It does this, first and foremost, through a certain domesticated naturalism for which the photographic image is disposed, infusing empirical life with false meaning: “the duplicity of which viewers can scarcely see through because the nightclub looks exactly like the one they know.” The continuous presentation of what exists is the sole possible horizon. ‘Such a photological proof is of course not stringent, but it is overpowering.’ The ideology of the culture industry therefore has the world as such as its subject. ‘It exploits the cult of fact by describing bad existence with utmost exactitude in order to elevate it into the realm of facts. Through such elevation existence itself becomes a surrogate of meaning and justice. Beauty is whatever the camera reproduces.’ This ‘pseudo-realism’ as Adorno refers to it, resides in the limited sensuality of the photographic image. The limited resources of photography consist in the lack of spatial depth, of absolute scale, and the absence of movement or dynamism, which, must be instead hallucinated and projected by the observer. We give the photographs content it doesn’t have. Within the infinite abundance of information residing in a photograph, the ability to extract significance out of the tiniest detail of sensorial content is thoroughly obstructed. As a mode of sensorial deprivation, the detail of the photograph expresses less the residue of of the free human hand, than the technical imperatives of the camera and of photochemical processes and pixel saturation. In contrast, within a painting for example, the human trace is abundantly contained within the tiniest detail, the result bearing no relation to normal calculations of means and ends.

Within a photo, the wandering eye is obliged to compete with the situation depicted. Photographic details are always completely defined by the purpose they serve within the schema. For Adorno, this formula exemplifies the domination of universals over the particulars, of society over its members. Unlike a painting, photography will not put the eye to work. Everything is reduced to recognition, therefore stunting the power of discernment. Within photography, there is an absolute emaciation of perception. Photography becomes a substitute for the contemplative or reflective act of observation. Instead, photography amounts to a mechanical process that leaves little room for imagination. At best, photography is a means of communication, journalism, or reportage, not that of aesthetic construction.

Film of course follows the pseudo-realism of photography and equally speaks to this immaturity of experience by accommodating various layers of behavioral response patterns. The effects of film are specifically designed for the unconscious, eluding the control of the conscious ego as the product prescribes each reaction through signals. Here, the spectator accustoms his senses to a new tempo of the moving image and its narrative, one in which developments emerge from the directly preceding situation, not from any idea of the whole.

Further, the culture industry trains its audience to identity film directly with reality. The more densely and completely its techniques duplicate empirical objects, the more easily it creates the illusion that the world outside is a seamless extension of the one which has been revealed in the cinema. In this way, the culture industry is geared to mimetic regression, to the manipulation of repressed impulses to copy. Its method is to anticipate the spectator’s imitation of itself, making it appear as if the agreement already exists which it intends to create. ‘Immediacy, the popular community concocted by films, amounts to mediation without residue, reducing men and everything human so perfectly to things, that their contrast to things, indeed the spell of reification itself, becomes imperceptible.’ The film succeeds in transforming subjects so indistinguishably into social functions, that those wholly encompassed, no longer aware of any conflict, enjoy their own dehumanization as something human, as the joy of warmth.

The physiognomy of the culture industry is essentially a mixture of streamlining, photographic hardness and precision on the one hand, and an individual’s pathological identification with standardized formulas and clichés on the other. Here, ideology is split between the photographing of brute existence and the blatant lie about its meaning, a lie which is not articulated directly but drummed in by suggestion. Within the culture industry, art adopts the meaning of entertainment itself: as society’s apologia. To be entertained means to be in agreement. The culture industry replaces artistic form with representational function and the packaging of standardized models. The entire system is justified on the basis of an infantile public which it itself has created.

This process has abolished aesthetic autonomy that, for Adorno, presupposes purposelessness and a rejection of instrumentality. After all, when culture is culture (rather than industry), it arises out of the capacity to suspend purpose and constitute the idea of freedom. The true subject in art must be the work and that which speaks through the work, not the artist’s intentions nor the work’s subject-matter. In this way, artworks invite imaginative reflection. The capacity to think, the power of concentration, itself depends on its object and the coherence of its particulars. The truth of the artwork depends on the tempo, the patience and perseverance of lingering with the particular, a faculty obstructed through the entertainment of the culture industry. The culture industry asks artworks to do away with the truth of their objectivity for the sake of a laboring subject disposed to adapt themselves to the social whole.

The Value of Art
History of Art Goes Pop
Art & Science: Beyond the Balance