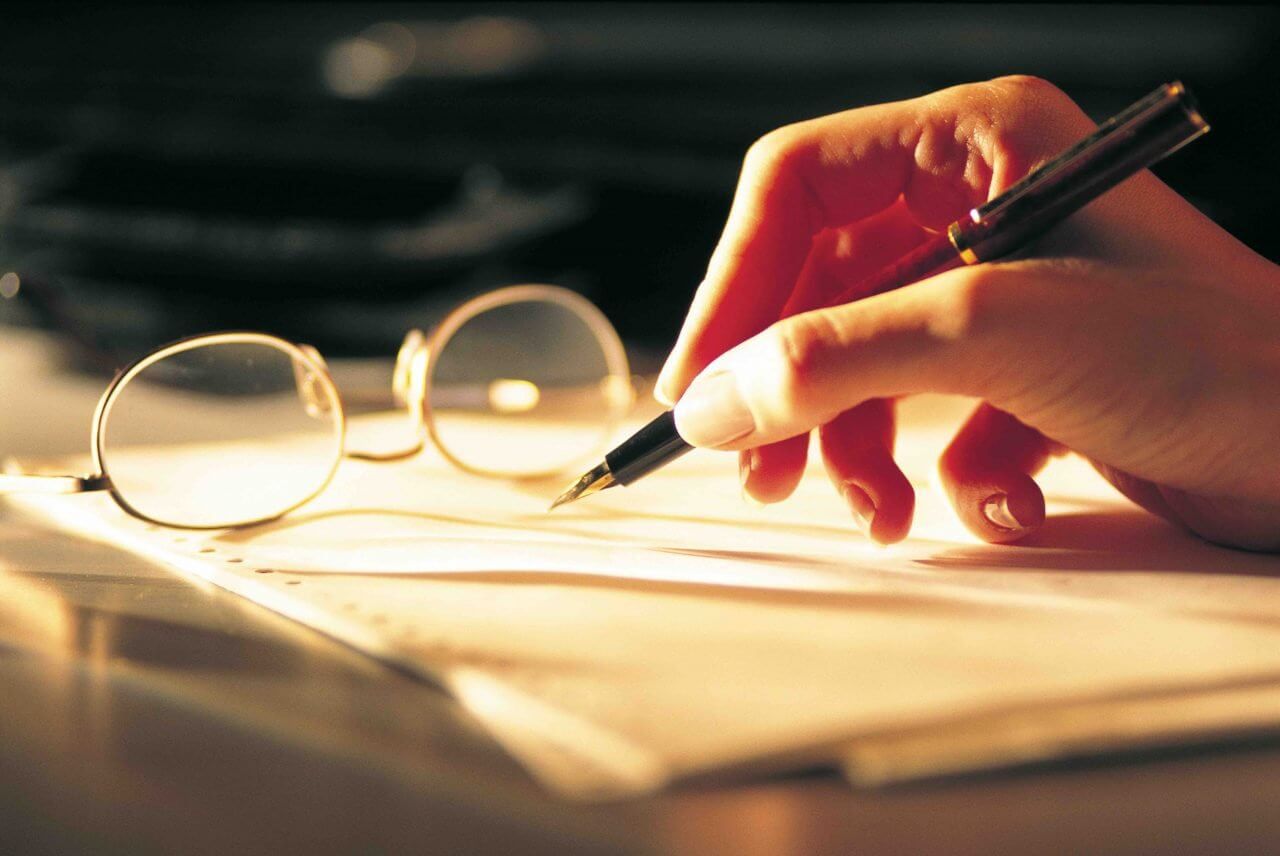 How can I use context? How can I write about context in my essays?

But what does this mean?

Context has a pretty vague and abstract definition. It is defined within the Merriam-Webster dictionary as ‘the parts of discourse that surround a word or passage and can throw light on its meaning’. It includes the background, environment, setting which influence how a text is written and read.

But if you’re confused, don’t panic:

Tavistock Tutors have compiled this trusty guide for English Literature GCSE and A-level students to help you better understand the importance of contextual information.

Why is context important?

Context illuminates the meaning and relevance of the text, and it could be something cultural, historical, social or political.

Context creates meaning by providing precise and useful information. Information that can push forward a story or facilitate its understanding. In other words, adding context helps to inform us of the different elements which may explain the writing. By learning more about the context of a piece of literature, we can aim to understand it better.

In English Literature GCSE, context is an important part of understanding your set texts. It is likely that you will need to demonstrate your understanding of context during your examination in order to successfully achieve the Assessment Objective.

Learners should see context as a tool that enables them to crack open texts, both studied and unseen, and helps develop their understanding of character, theme and authorial intention.
Therefore, it is important to grasp how context works in order to ensure you achieve the best grade possible!

It is important to remember that there are different types of context regarding literature. For example, when Jane Austen was writing her novels such as Emma and Persuasion, it is likely that she would have been hunched over a small writing desk whilst living in her home town of Chawton during England’s Georgian era.

In contrast, you may be reading her work whilst wrapped up in bed whilst listening to modern music – and this may inform your interpretations of the book, just as her setting would have informed her authorship.

Here are some examples of context which may influence the way a text is written:

When the text was written, and how old the author was when writing

Are they writing it in present day or focusing on the past?

What or who influenced the writer

Biographical details about the writer’s life

What political or social influences there would have been

Who is there intended audience? This will inevitably affect their writing

What was their environment at the time of writing?

Did they endure a life-changing situation or a trivial situation?

Knowing more about the factors mentioned above can give us an insight into the writer’s intentions and purpose.

Often, a text will reflect aspects of the writer’s life.
We should try to read the literature whilst considering what their intentions may have been. It is important to remember that even if they are writing in First Person, this doesn’t mean their work is necessarily autobiographical.

Biographical clues from a poem’s context can give you insights into its themes or message. Some questions you might ask include:

Are events or places from the poet’s life reflected in the poem?

Are people or relationships from the poet’s life reflected in the poem?

Are the poet’s ideas or beliefs reflected in the poem?

Historical context is focused on when the text was written. Try and find out when your set texts were written and what was going on at the time.

Historical context is entangled with social context of a piece, as underlying conventions are specific to different historical periods. It is especially important to be aware of historical context if there have been dramatic changes between when the work was originally produced and our current day.

Some texts may refer directly to specific historical events or particular times, and you may not understand what they are referring to.

If you research facts about the time when the piece was written, as well as any vocabulary that you don’t understand, your understanding of the literature will be vastly enriched.

Authors may also refer to different subjects and themes from source materials which do not belong to their own period. For example, Lord Byron’s poem The Destruction of Sennacherib is based on a story in the Old Testament of the Bible and knowing this can help us understand that poem more fully, even though Byron he doesn’t explicitly mention the source within the poem.

Culture refers to the particular way of life, this involves religion, race and nationality. It also features customs, dress codes and manners.

It can relate to a wide variety of things within a historical period such as art, music and writing. When reading your set texts, try and look out for whether the writer is making any comments on aspects of their own culture, or whether they are describing the clash of two cultures.

Ideology refers to the systems of beliefs and ideas that underpin our attitudes and behavior.
Different ideologies can be valued by entire societies, or sometimes by smaller groups. Ideological context is very important as ideas are often the basis of the writer’s purpose.

Many texts explore ideological context, either challenging or championing it. For example, some writers could be actively seeking to challenge ideological assumptions within their writing by arguing against them. Ideological context may not originally be obvious within a text, and you may need to read between the lines. This is because our own is largely internalized and normalized, and thus we often act accordingly to our assumptions and social norms, without considering different ideologies to be found in the text.

The context of those reading when the text was first produced

You should also consider how different readers might have engaged with a poem through time.

Have readers’ views and attitudes changed since the piece was first written?

How is the text seen today? Would it be controversial in today’s climate?

These factors can all influence the way a poem is interpreted, so the final meaning of a poem is never entirely fixed.

The way different readers interpret poems and their opinions of poets can change over time. A poem that was read in one way when it was first written can be read very differently today.

How can I use context in my essays?

If you are writing your response to a text, whether it is a novel, a poem or even a play, it is likely that within your written response you will be expected to demonstrate knowledge of the contextual information which surrounds the piece.

By looking at the different types of context we have mentioned within this article, it is a good idea to compile a small list or maybe even a mind map of the different pieces of contextual information which relate to your set texts. This could include information about the author, historical information about the time in which it was written and/or set, as well as additional ideas which may be relevant.
When you are writing your written response, make sure that you interweave the context into your answer. It is no good just having one stand-alone paragraph which covers context, as this will not be integrated into your answer and will make your writing appear less sophisticated. Instead you should try to sprinkle it within your writing, relating to different elements of your argument throughout.
When you have been asked to comment on context, it’s important that you only offer information that is relevant to the question, rather than just including all facts you know about a poem or the poet. Don’t just include contextual information for the sake of it – it should be used to help strengthen
your work.

Context is important, but too much will get in the way of your message as you digress and too little makes your writing hard for the reader to understand. Moderation is key. You need to find the right balance of necessary information to make your writing enjoyable to read. Remember that often, context is only around 15-25% of your overall marks, so you shouldn’t focus too much time and attention on giving context within your answers.

If you’d like extra help, Tavistock Tutors have many expert English tutors who would be happy to help, by providing one-to-one advice which is tailored to your learning!
So next time you’re struggling to get started on a literature piece, remember to think deeply about the different aspects of your text’s context!

Examples of Context in Literature

George Orwell felt disillusioned by Soviet Communism, and its revolution during his time. He chose to demonstrate his dismay and fear about communism through many of his novels. In particular, within the award-winning novel Animal Farm. Within this novel, Orwell expressed his ideas himself by using satire through the allegorical characters of Old Major and Boxer; relating them to the Russian Revolution and its characters.

Orwell uses animals to explain history and context of Soviet Communism, some of which relate to party leaders. This means his context may be more ‘implicit’ within his works, as he didn’t want to make it too obvious.

For instance, the pig Napoleon represents Joseph Stalin, and Snowball represents Leon Trotsky. In fact, Orwell uses this fable for political reasons, by using the Russian Revolution as his main historical context.

When the Russian Revolution floats into view behind the text, the story transforms. It becomes didactic. The animals’ behaviour is infuriating and pitiful and ridiculous, but with an awareness of context it becomes important too. It is human behaviour at its worst; not something we can dismiss. Awareness of literary and historical context here adds a haunting dimension to Orwell’s text. Without literary context the picture is incomplete.