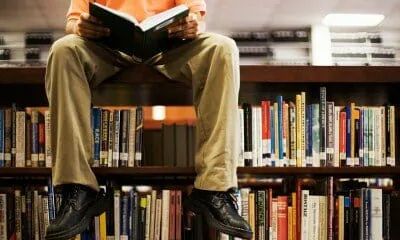 In my experience preparing students for English Literature exams, a complaint that I commonly get from students is that they have no idea what the examiners are expecting from them. This confusion is experienced by students at all levels, from GCSE to Degree. Even the most intelligent students I’ve taught have become unstuck on the question of what on earth they’re being marked for.

The fact is that the quality of a piece of literary criticism is something that’s extremely hard to quantify. Unlike a Maths or a Science paper, where answers are either wrong or right and it’s clear where to allocate marks for working, it’s difficult to come away from reading a literary critical essay and say precisely whether it’s a 67% or a 43% or 28%. Why not a couple of percent higher or lower? What logic is informing that weirdly specific number? If someone gets 74% then does that mean that 26% of their response was wrong? But how can 26% of a literary essay be wrong? It can be badly argued, of course, but out right wrong? It’s not possible to say either way – literature is a qualitative and not quantitative subject. And if it’s not possible to say how much of a literary essay is right and how much is wrong, then why are percentages even being used here as a measure of quality? There’s no wonder that students get so baffled by the marking system in English Literature.

But of course the examiners aren’t just pulling the marks out of thin air; there is something called a mark scheme, and though the criteria that it specifies are actually quite airy and subjective, it does at least provide a basis for how to go about writing a high scoring essay. It’s quite shocking just how many students I’ve taught who haven’t even been shown a mark scheme, let alone been told what aspects of it they need to improve on, and, in my experience, when they finally get their heads around it, their mark as well as their confidence shoots up.

It’s hard to give general advice about how to succeed in a literature exam – each paper is so different. But when preparing for exams one thing that will pay dividends is to brush up on exam technique. At the risk of sounding like a philistine, it’s worthwhile being as familiar with the mark scheme as you are with the texts your studying. If you’re comfortable with what your being tested on, then you’ll feel much more comfortable when thinking about the texts you’re studying, and you’ll get much more out of your reading as a result. English Literature is one of the hardest subjects to score well in, but it’s also one of the most rewarding – indeed, it’s hard and rewarding for the same reasons: it’s open and free and conjectural. Whilst you’ve got to reconcile yourself with the capriciousness and subjectivity of the marking system, understand also that the way your essays are judged is not completely random.

If you feel out at sea with English Literature, then the mark scheme, whilst it wont guide you to firm, dry land, will at least provide you with somewhere to dock.