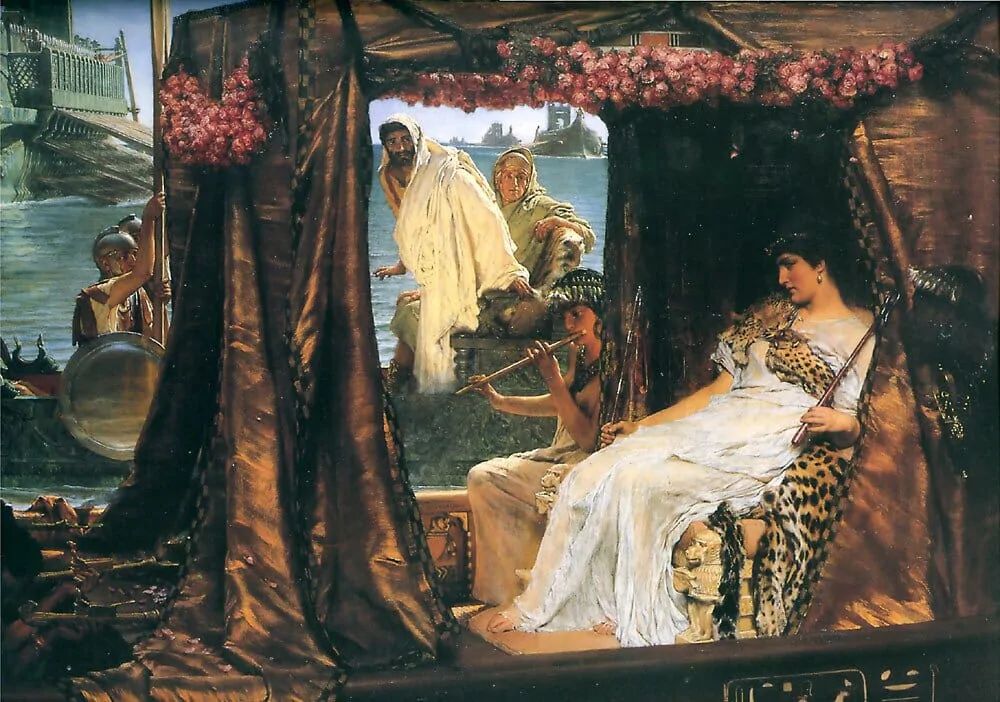 Some thoughts on the Politics of Anthony and Cleopatra

In order to understand the political dimensions of any given dramatic text, we always need to be aware of the historical context of the dramatic action. Sometimes, as in the case of contemporary plays, the historical context is the present. In the case of Anthony and Cleopatra, however, we face a double challenge: the historical context of the dramatic action in the play is the Roman world and more particularly a specific moment in the history of the Romans. At the same time, the play was written during the Elizabethan period, a specific moment in the history of England. So, the context that will allow us to understand the politics of Anthony and Cleopatra is doubly historical: it is the Roman world as interpreted by the Elizabethans, in other words it is Roman history, as re-imagined by the Elizabethan mentality . So, what are the particular aspects of this context?

Shakespeare’s Antony and Cleopatra presents a chapter in Roman history during which the Roman empire undergoes major changes. At that point in time, Julius Ceasar (about whom Shakespeare has written another play) has died and Rome is ruled by the triumvirs – Mark Anthony, Octavius Ceasar and M. Aemilius Lepidus. The dramatic action begins on 41 B.C.E.; the Romans aim at expanding their empire until eventually they rule the whole of their known world. Within this frame, Egypt is another region to be occupied. Straight away, we see the first point of political struggle: the expanding Roman Empire versus the exotic land of Egypt. The two characters that embody this political struggle are Anthony and Cleopatra. Because of the romance between Anthony and Cleopatra, the political struggle between the Roman Empire and Egypt is enhanced by the sexuality of the two main characters. The play dramatises the connections between desire and power; more exactly, it dramatises the connection between sexual love and political struggle. The two main characters are dramatically involved in a dispute for political survival: Anthony finds himself torn between his duty to Rome and his sexual drive towards Cleopatra. Cleopatra strives to protect Egypt against the imperialist tendencies of the Romans, while being addicted to Anthony.

As the dramatic action evolves, we witness further political tension, a rupture amongst the men of the triumvirate: Shakespeare chooses to depict Lepidus as an already weak and decayed political figure and he focuses on the friction between Ceasar and Anthony, two radically different men, who have styles and ideals. On the one hand, Ceasar is the embodiment of Reason, he has a purely political consciousness and a strong and calculating nature. On the other hand, Anthony is the embodiment of Emotion: there is the obvious dimension to Anthony’s emotions (his love affair with Cleopatra). But even if it wasn’t for this affair, Anthony could never acquire Ceasar’s Reason. Anthony’s leadership style is based on a poetical ideal, not a political one. In other terms, and as tasteless as this might sound, Anthony is a lover: he loves Cleopatra, but more importantly he loves Rome and the empire (and this is why he is torn between his duty to Rome and Cleopatra). He is a passionate leader, who will even face death in order to honour his love for the empire and for what the empire stands for; he is more of an idealist.

Portraying the rift between Ceasar and Anthony, Shakespeare makes yet another political observation: That ruling and loving are two activities that require completely different qualities of character: ruling requires Reason and loving requires Emotion. While this might seem like an obvious observation, it is an observation that epitomises the Elizabethan mentality, the Elizabethan perception on the ideal leader: a strong political leader has a sober and collected disposition. In order to understand this point further, think about the contrast between Henry VIII and his six wives (Henry was a lover, not a ruler) and Elizabeth I (a queen that decided to sacrifice her personal life in order to honour her duty as a queen).

In this sense, Shakespeare’s Antony and Cleopatra comments on the political struggles entailed in imperialism and the ideals entailed in the practice of politics. Essentially, by exploring these political concerns, Shakespeare turns the personal into something political and the political into something personal. The sexual love between Anthony and Cleopatra stands for something grander than itself: the political struggle between an imperialist nation and its targets. The rift between Ceasar and Antony stands for something grander than the personal struggle between two radically different men: the tension between Reason and Emotion in the practice of politics.

Government and Politics: A-level and Beyond
Politics Easter Revision
The Politics of Subject Choice: A Classic Apology