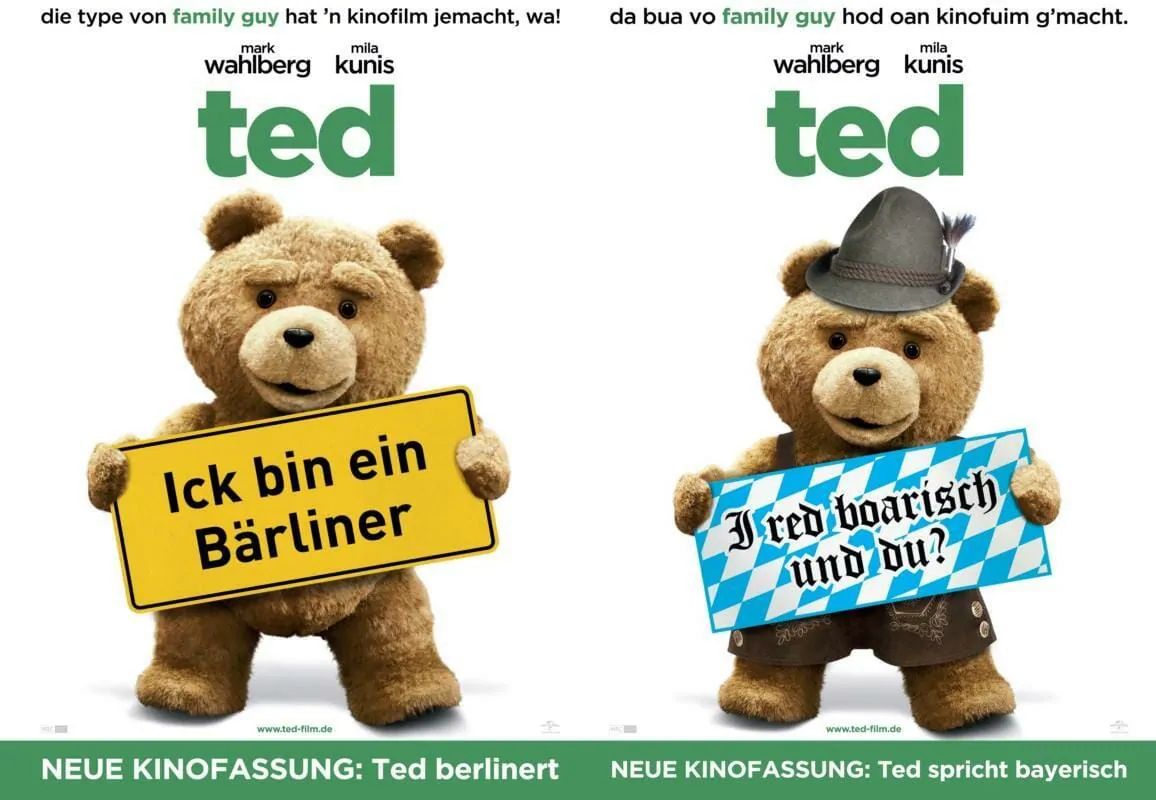 Or: How I Learnt To Stop Worrying And Embrace Berlinerisch – Learning German in Germany

When confronted with a staff room full of teachers for the first time in Berlin, it seemed only polite to introduce myself in their language.  This is basic stuff that had been drilled into me for nearly ten years – even if I might not fit a subjunctive into the first few lines, nothing could possibly go wrong.  At this point, I discovered that no Germans sound like the recordings they give you in listening exams, and my battle with the Berlinerisch dialect began.

Dialects are a point of pride in Germany.  Unlike in the UK, dialects are not thought of as indcations of social class, and Germany’s history as a group of self-governing states rather than a nation can be seen in the immense local pride that a lot of Germans carry.  You are not merely a German, you are a Bayern or you don’t speak just German, you speak Kölsch or Türkischdeutsch or Berlinerisch –  which of course among the older generation still comes in an “Ossi” and a “Wessi” flavour.  Whilst it is fascinating to hear the differences between each dialect, it can be somewhat galling to be told your German is perfect in one town and to find everything utterly incomprehensible in another.  Buying a bread roll requires a dialect-to-dialect dictionary if you are moving between states, just a a learner of English can be startled by the offer of a cob in one town and a bun over a border.

However, if you are reading this and thinking that all is lost, learning German isn’t worth it and that surely they all speak English any way then keine Panik.  After a few weeks of being surrounded by Berlinerisch, it was no longer a mystery to me and it now seems entirely logical to receive “Kohle” instead of “Münze,” and be asked if I would like “Wulch” in coffee instead of “Milch.” The most important thing for a student of any language to do is forget embarassment, dive in and have a go at speaking – even if my Berlinerisch is the German equivalent of Dick van Dyke’s Cockney accent in Mary Poppins, at least I’m not lost for words any more.