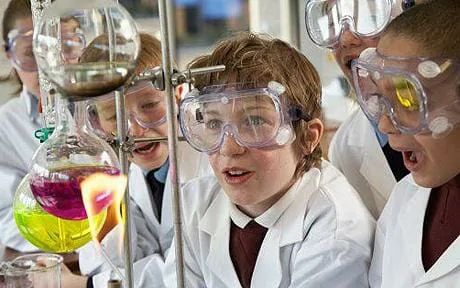 Why Is (Understanding) Science important?

I’d be willing to bet that at some point in everyone’s life there’s been that moment, sitting in a science class, when someone asks “Why do I need to know this sir? I’m never going to use it in my life. What’s the point?” It’s an easy – and often used – retort “Well without science we wouldn’t have electricity, computers, or even pop culture blah blah etc etc..” This is undeniably true, but doesn’t really offer an answer to the question. For lots of us, maybe even a majority, we’re never going to make fundamental scientific discoveries, or invent great new devices that the world. The Einsteins and Dysons are few and far between. For the most part on an everyday level we’re just consumers of science, destined to use devices and gadgets based on all kinds of science magic we will never fully understand. Does this mean that we don’t need to understand science? Is it unimportant for those of us set for non-science based careers? Simply put no!

To explain why I’m going to take an example from my time in school, as part of the then GCSE coursework I spent many hours devising and toiling away to develop a statistically robust, scientifically sound sampling method to determine the reading age of various publications – Surprise surprise “The Daily Mail” was rated lowest shortly followed by “The Sun”. Since then, as someone who went on to spend a further 7 years studying and researching science, I’ve never again needed to construct such a detailed statistical analysis. Does that mean 16 year old me wasted all of those evenings in counting words and devising sample sizes? Once more no…

I may no longer analyse the reading age of the news, but I do still read it. This week one story particularly caught my eye for its poor and misleading use of science. Briefly put the article went on to explain athletes had a generally poorer standard of dental hygiene than non –athletes. Interesting and slightly surprising – the article then went on to speculate possible reasons, only briefly mentioning the source of the data towards the end. So where did this data come from? London 2012 athletes visits to a free dental clinic during the Olympic Games. It was compared against a similar sample size from the general population. Sounds reasonable? Without that since unused exercise in scientifically robust sampling and statistical analysis I might have spent a while reasoning on why athletes have such poor dental hygiene. Are they really so busy they don’t even have time to brush their teeth? But with it, and the power to analyse information logically which comes with an understanding of scientific principals I was quickly able to dismiss the article as rubbish. Why? Well why would people competing in the Olympics, who are presumable a bit otherwise focused go to a dentist clinic? It’s a bit like comparing a housing estate in Manchester to a London hospitals A&E dept. before concluding that people in London are more likely to have a broken leg.

That for me is the crux of why science education is important for everyone. Whether you’re a Plumber, PR or Princess the ability to filter and evaluate information, coming to an informed decision vital.

The Importance of Studying Maths and Science
The Art of Dimensional Analysis
Art & Science: Beyond the Balance