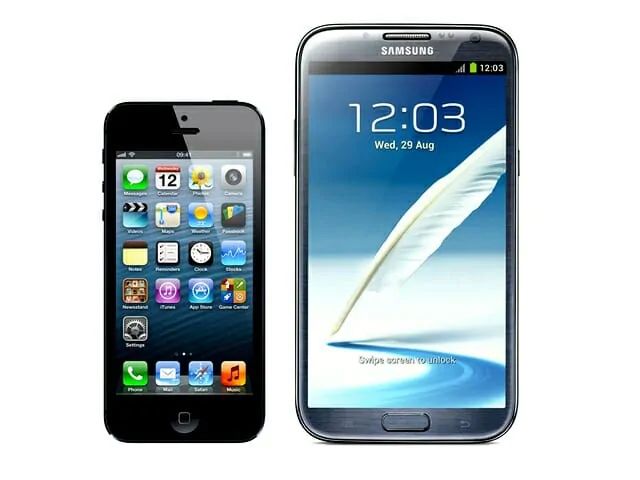 The Science Behind The Touch Screen

Over the last few years the touch screen has become commonplace on a wide variety of devices. Touch screens are most often used for multimedia devices like smartphones where the flexibility given to the interface is a real benefit.  Despite their prevalence in our society today, there are a few questions that can be addressed with regards to touch screens: why do some need to be recalibrated, whereas others do not? And how come some only respond to certain materials?  Why can they be operated by a finger and not a nail?  The answers to these questions are actually based in some surprisingly simple physics.

There are in fact many different types of touch screen but the two mostly widely used designs are based on either electrical resistance or electrical capacitance.

Electrical resistance → describes how easy charge finds it to flow through a medium.

Electrical capacitance → a capacitor is made by having two oppositely charged plates separated by a distance, such that charge can’t flow between them.  The capacitance of a material is a measurement of how much charge can be stored on it.

Resistive touch screens are comprised of two separate layers which sit on top of the display. The top layer is normally a flexible plastic film, whilst the bottom layer is glass. A grid of conductors is placed upon each of these layers. Normally, no current can flow in between the two layers as they are not in contact with one another.  However, by pressing down on the plastic film, it bends to make contact with the glass and forms a complete circuit. The position at which the circuit is formed can be measured along with its voltage. It is important to note that the signal is analogue, and has to be converted into a digital one. This means that what is measured is the change in the value of the signal, and not just whether a signal is measured or not.  In order for a computer to understand this signal, it then has to be digitised.  This means if the voltage is above a certain threshold a signal is recorded.

A diagram of a resistive touch screen:

As mentioned previously, a conductor can hold charge if there is no place for that charge to move to.  A second conductor can then be brought close to the first one in order to allow some of this charge to escape.  This is similar to the shocks you might feel as a result of static electricity- a result of charge escaping from one medium to another.  One type of capacitive touch screen (which is used in almost all new smartphones today) is called ‘pro-cap’ (projected capacitive).  This particular design consists of two conductive layers, which are separated from one another by an insulator.  By placing a conductor, such as a finger, against the outermost layer, a small amount of charge is ‘stolen’ from each conductor.  The point at which the conductor is placed can then be used to map out a position on the screen.  In fact, in modern pro-cap touch screens, an object doesn’t even have to be placed against the screen.  Rather, the conductive plates create an ‘electric field’ above the screen, and this is what is distorted by the presence of another conductor.  An electric field is often a difficult concept to understand.  Perhaps the best way to think of it is as the region around a charged surface that would cause a second charged particle to feel a force (think of bringing to magnets closer together until they attract one another for an example of a magnetic field).

A diagram of a capacitive touch screen:

We are now in a position to answer the questions that were originally posed:

If the touch screen is resistive then it will record an analogue signal.  This means it is susceptible to drift – points can become misaligned.  Consequently, recalibration is needed to realign the top layer with the bottom layer.  This is not the case with capacitive touch screens as the two layers don’t come into contact.

The pressure that is placed upon a resistive touch screen is used just to press the two conductive layers together, and so complete a circuit.  Any material can be pressed against the surface in order to apply this pressure, with the only concern being how precisely the position has to be determined.  The situation is altogether different for capacitive touch screens.  We know now that a conductor is needed to ‘steal’ charge from the conductors in the touch screen; a fingernail doesn’t conduct electricity but a finger does.

A question that might then arise is why can’t any conductor be used?  Why is a touch screen insensitive to a key for instance, or a metal nail?  This is because the screen is calibrated for a certain range of conductor.  If the conductor steals an amount of charge which falls outside this range, then no reading is recorded.

The touch screen is a piece of technology that has become ingrained in our social lives very quickly.  It is always important to try and understand how something works, rather than just taking the fact that it does at face value.  Often the physics behind the innovation is founded in some relatively straightforward ideas.  In the case of touch screens it is the ideas of conductors and insulators, resistance and capacitors.

Electrical resistance – The ease with which electric charge flows through a medium.

Electrical capacitance – The amount of charge which can be stored on a conductor.

Recalibration – Realigning the coordinates on the upper and lower plates.

Electrical conductors- A medium with a low electrical resistance.

Electrical insulators- A medium with a high electrical resistance.

The Art of Dimensional Analysis
Why is Understanding Science Important?
A Beginner’s Guide to Reading Scientific Papers