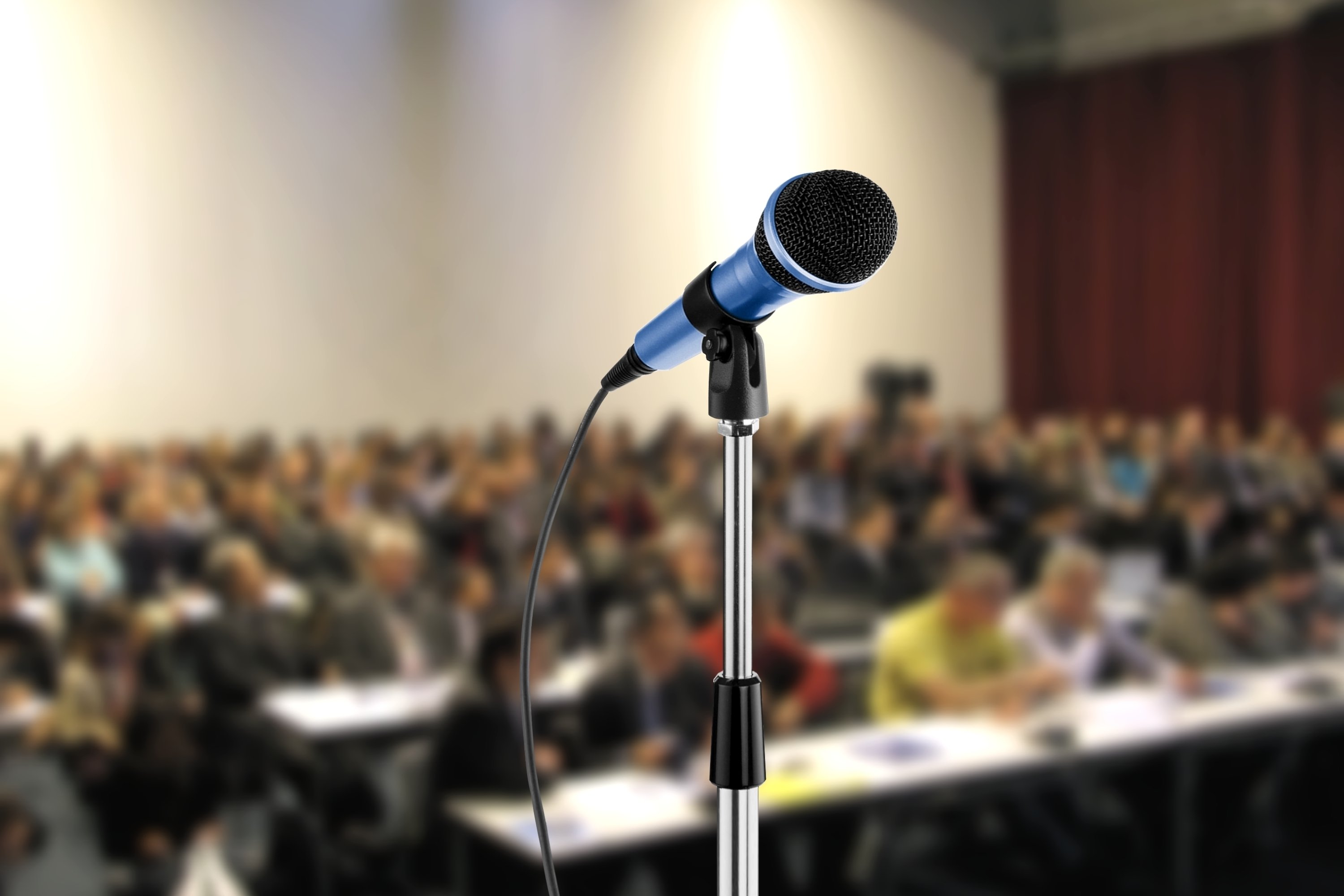 Why Charm Is The Key To Good Communication

The ability to talk to others with ease and fluency is a valuable skill and one that can open many doors. Communicating one-to-one is something we give little thought to; whether swapping stories with a friend or discussing a project with a colleague we have evolved socially over many years to be comfortable talking to our peers and those we trust.

However this confidence in our communication can change very quickly when we are addressing those we are unfamiliar with or talking in front of larger groups of people. Glossophobia, from the Greek glossa meaning tongue, is the fear of public speaking and studies estimate that up to 85% of the population feel at least some anxiety when addressing a group. Who hasn’t got tongue tied in front of an interview panel, fluffed their lines on stage or dried up while giving a presentation? It happens to all of us at some stage in our lives, but negative experiences can stay with us and have a lasting impact.

But it isn’t just that which we have experienced which can have an effect on how we approach public speaking. Our perception of what we are capable of is often much less favourable than the reality of the situation. I have spoken to numerous people before sessions who have said to me, “I’m really bad at presenting to a group.” When asked how often they have done it I’m almost always given the answer “Never. Because I know I wouldn’t be any good.” By putting in place this limiting belief we make the task much harder than it actually needs to be.

We sometimes blow a situation out of all proportion and imagine all kinds of far-reaching consequences if we were to make a mistake when we are talking, when the fact of the matter is if one did occur then we could easily rectify it. Indeed by dwelling on what we believe can go wrong we are all the more likely to invite that outcome.

Our concerns often have little or nothing to do with age, status or personality. The apparently supremely confident Managing Director might well have exactly the same fears talking to his board as the seemingly timid boy in class does every time he is selected to grudgingly walk to the front and answer a question.

I remember watching a stand up comedian tell a story about when he had been out to Afghanistan to entertain some troops. He performed to a battalion of around two hundred and afterwards chatted with some of the audience individually. The last person to come up to request a photo seemed somewhat in awe of him and when the comedian asked how old he was the soldier told him he had recently turned nineteen. He then asked how long the young man had been out there and he told the comic that, despite his age, he was on his second tour. The soldier, who had already risked his life on many occasions, then said to the comedian with something approaching reverence “I can’t believe you are able to do what you do up there, it must so scary. I could never do it”

It is always worth remembering that what is terrifying to one person is commonplace to another and there is no such thing as a ‘stupid fear’. By identifying the concerns we have and how they can be addressed we are able to start to move past them and build up confidence. With this in mind I have developed a way of improving effectiveness as a public speaker that breaks the task into five key areas.

While these guidelines won’t mean that you will never feel anxious again when speaking or presenting they can help to make your presence more engaging, your speeches more impactful and from a personal point of view even make them more enjoyable.

Now that is something to talk about.

Speaking in Front of People: How to Survive an Audience or Interview Panel
University Interviews
Top Ten Interview Tips