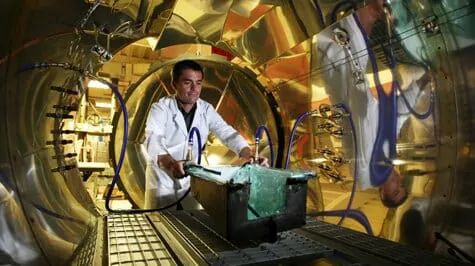 I developed a bit of a prospectus-leafing obsession in my sixth form.

The sciences I could basically cross out, as I was only studying Maths
to A Level anyway (although even then, it was fun to think ‘What If’,
kidding myself I could become an Aeronautical engineer- this, for
someone with a severe flying phobia).

But the Humanities… the Arts… where to even start? It felt like
there I was simply drowning in subjects.

I’m a bit of daydreamer- as well as a pretty hopeless decision-maker.
The combination, when it came to university degree choices, it proved
to be lethal. I dithered, pondered and sighed over
prospectuses for months.

I knew which subjects were offered by which universities; the range of
options offered in what year; the best departments in everything from
Anthropology to Biochem. I was pretty much the go-to person for
friends who were unsure about what to do. Bristol? Excellent
Portuguese department. Oxford Brookes? Very good for history, I hear.

On the plus side, it did mean I was somewhat more aware than the
average Sixth-Former of the wealth and breadth of subjects offered by
universities.

So, just because you enjoy and are good at History at school, doesn’t
necessarily mean you should jump straight into doing a History degree.
This might mean something as straightforward as focusing on a
different branch of that subject. Oxford, for example, offers a joint
degree in Ancient and Modern History.

I remember my father being furious when I told him I’d applied for
Russian Literature. The usual questions ensued: why not study something
“respectable” like English or History, subjects I knew I was already
good at. Why go out on a limb with Russian- and, more to the point,
what would it ever lead to?

Well, so far, I have not met one person who hasn’t been impressed,
intrigued or at least interested in the fact I studied Russian at
university. I loathe to use the word ‘edge’, but I know that’s what it
gave my CV when I first started looking for jobs.

Another friend of mine excelled at physics at school, and so was
pushed into studying Computer Science at university. Six months into
his course, he dropped out: he hated it. In reality what he’d always had an
interest in was Japanese culture. 2 years after graduating from SOAS
in Japanese and Korean, he’s now organising classical concerts on the
DMZ, encouraging North and South Korean cultural diplomacy.

At university my interest was always piqued by those students I came across
who had opted for the more ‘exotic’ courses on offer. Ever thought
about Turkish? Sanskrit? Or introducing yourself to someone with “Hey,
I’m X, I’m studying Persian with Islamic Art and Archaeology”. If
anything, MI6 would be impressed with that one.

Sometimes a little digging has to be done on the outset to discover
these courses even exist (at Oxford at least, these are very poorly
under-represented in the university prospectus)- but this is three years
of your life we’re talking about, so a little effort will go a long
way.

My advice would be not to be flattered into choosing a subject which
you just happen to be good at already- explore what else is out there.
If you’ve got the drive and the intellectual imagination-which, after
all, are the
qualities all top universities look for- take a look: there may be
some real gems just waiting to be discovered.