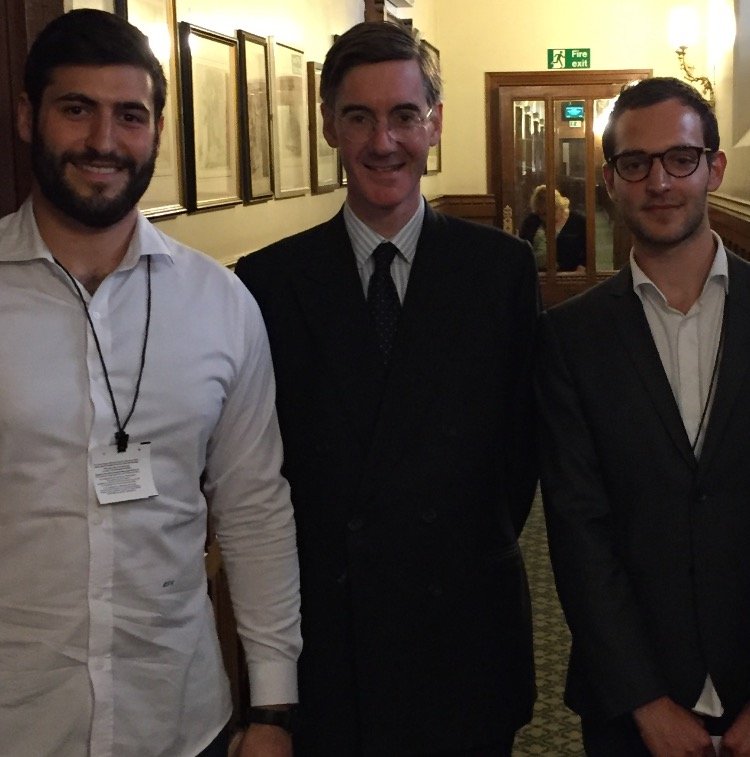 On Monday 6th June, our very own Marcus Ereira and Luke Shelley (Directors of Tavistock Tutors) interviewed the Right Honourable Gentleman, Jacob Rees-Mogg, Member of Parliament for North East Somerset. Whilst not known for their penetrating questions and Paxton-esque interviewing techniques, Marcus and Luke on behalf of the Tavistock Tutors community delved into the subject of Brexit with Mr Rees-Mogg. The MP for North East Somerset is a known Eurosceptic, who with his financial background has been a firm driver of the Brexit campaign.

Without much hesitation, the discussion was brought immediately to the nitty-gritty, as the topic of Immigration arose. The first question was whether upon leaving the EU there would be a rush of migrants coming to the UK as the Prime minister exercised article 50, indicating a two year separation period when leaving the EU. MP Rees-Mogg agreed with this sentiment, stressing the need for a tapering of the freedom of movement and perhaps for emergency procedures. Is this indicative of a post Britain Brexit leaving no opportunity for any freedom of movement and a move towards isolationism? No, according to Mr Rees-Mogg, rather focussing on a “points system” based upon the skills needed in Britain and immigration controlled accordingly. However, in a densely populated country such as Britain, will this need occur? Especially considering that it draws upon a similar system employed in Australia, a totally different country with far less people but a far greater land mass?

The following topic was a fantastic insight into people in politics. The fact that the majority of the cabinet supported Bremain was called into question with the Right Honourable Gentleman stating that it was loyalty to the leader of the party that led most of the cabinet to support the Vote Remain campaign. What is no secret to anyone is the division within the Tory party about this referendum and as a bipartisan debate this should not be seen as unusual. However by Mr Rees-Mogg stating that it was loyalty that created their view and a towing of the leaders line is he presenting an issue, which has led many of us to a disillusionment with current politics. The issue being the lack of true feeling and belief that is expressed and most importantly mandated by MPs and the cabinet, as they focus on personal development in the political world, through satisfying peers and superiors.

A large talking point over this upcoming vote on 23rd June is trade agreements, past and future. Mr Rees-Mogg makes no mistake about letting in on his views over David Cameron’s efforts at renegotiating the terms that Britain had with the EU, affirming that nothing changed. However what was fascinating was learning about the way that the EU negotiates trade agreements, and the MP for North East Somerset believed that, “the EU is bad at negotiating trade deals”. One example cited was the lack of trade agreements between the EU and China because the EU aims to make sure that China meets their regulations on Human Rights and this is a huge stumbling block that leads to a lack of trade. The pejorative view presented by Mr Rees-Mogg surrounding this was quite surprising as although this may not benefit us economically, isn’t it a good thing that the EU is trying to improve working rights with China, and a lack of trade between China and the EU is perhaps effective in doing this? Perhaps this should not be a surprise though, as Mr Rees-Mogg states that the disaster of the EU is that it puts “ Politics ahead of Economics”, indicating his disagreement with that as a policy.

This debate had many similar topics to your average kitchen table discussion, but with perhaps slightly more preparation and expertise on the matter. Jacob Rees-Mogg gave a thought-provoking perception into how MPs are going about this issue, the plain to see Tory Party divide, and how from his view and knowledge Brexit will increase economic prosperity in the UK. June 23RD continues to appear as an ever-important day for the history of Britain as our generation and future generations face a monumental decision.