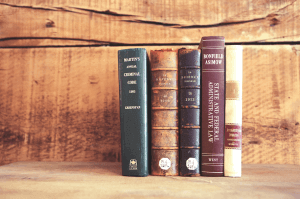 Preparing an Academic Route to Studying Law at University, was written by Abdul a Law Tutor in London.

Law stands as an extremely competitive career and education choice. The attraction posed by the prevalent real-day relevance of the content taught and the strong career prospects means UK universities are regularly flooded with applicants; a reality that allows university admissions officers discretion to be very selective when receiving applications. As such, the grade range of conditional A-level/IB offers given by the top 30 ranked Law schools in the UK varies very little, often only by a factor of one or two grades; the general minimum requirement of A*AA at A-level is very customary. As such, it is very important to be able to skew your academic route to favour a Law degree that will help give you a competitive edge. The personal experience of my route towards studying Law at UCL can provide some insight as to what can be done to help one’s path to studying Law.

The subjective academic choices made towards favouring a law application can be seen to become important once entering the final stage of school education. Law is a traditional subject, and admissions officers very strongly favour traditional subjects being studied at A-level/IB. This obviously includes the standard science subjects of Biology, Chemistry, Physics and Mathematics; however it is very important to include an essay-based analytical subject. Essay writing and source analysis is a very core tenet of studying Law at university; proven ability to present written analysis and essay-based discussion at A-level/IB level reflects very strongly of an affinity to studying Law. History, English, Politics, Economics, and Philosophy are subjects that fit this description. Studying Law at A-level/IB is surprisingly not especially favoured; it is not viewed as a traditional subject and the LLB Law syllabus is tailored towards students that are not expected to have any prior legal knowledge. It is also important to bear in mind the need to achieve the required grade in the subject you have chosen.

This plays an overwhelmingly crucial role in providing a competitive edge in a Law application. Proving a very strong personal interest: an extent of wider research; and hinting at a considered career path; are all important aspects to include. A good strategy is to reference some legal texts that you have read and to include a personal opinion on a matter raised by the text. In writing my own personal statement I found many of the past examples I was given as a template referenced the same couple of books over and over; and hence I decided to cover and mention very different legal texts on a different matter. An example I used was a text on the integration of traditional Islamic jurisprudential qualities with modern legal theory, and its effect in current Middle Eastern Law. I gave an opinion on how this successfully worked in the writing of the UAE constitution (a country in which I lived for many years), and how aspects of it could be used in the rewriting of other Middle Eastern constitutions in the context of the then ongoing Arab Spring protests in Egypt and Tunisia. Here I referenced a legal text, on a matter of personal interest, and used it to give an opinion on a relevant ongoing legal issue; this crucially demonstrated a very active personal interest and drive to study Law.

The prevalence of extra-curricular activities within the personal statement is also imperative. Lawyers require well-rounded; confident, and adaptable personalities, which can be demonstrated in your personal statement by describing a varied range of extra-curricular pursuits, be they sports; musical interest; hobbies or other academic pursuits (Such as political/moral activism).

Seeking experience in the legal world is a great way of relaying a serious and committed drive to studying Law. Directly contacting local firms and solicitors (requesting to shadow a solicitor or just to visit the firm and observe a working legal environment) shows great initiative to Law schools, especially since Law students are not expecting to embark on shadowing or vacation schemes until the end of their first year of study at university. I managed to secure a one month internship at a firm prior to my university application, which would have played a large role in distinguishing my application and impressing the admissions officers. Other initiatives could include visiting public courts, shadowing a clerk or judge, or even involving oneself in a pro-bono scheme.

To summarise, university Law admissions officers seek out individuals who can ultimately prove a strong and uniquely pursued interest in law: personal initiative in obtaining legal experience; and a strong academic foundation suited to an LLB Law syllabus. These qualities will separate the wheat from the chaff when it comes to comparing Law school applications of similar base academic achievement.