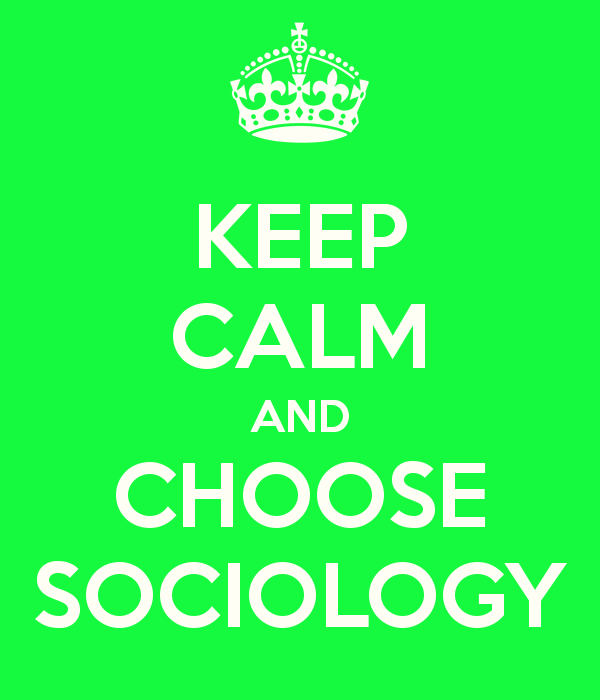 Choosing a GCSE and A-Level subject to study is a hard decision. Students may not have any experience with the subject but are making a huge decision as it could be a subject they study for a few years. It is the same situation when choosing a university course. We have provided a bit of information on why to study sociology in our article “Why Study Sociology”.

1) Sociology will change the way you think. If it changes the way you think it is more often than not going to change the way you behave. It is going to change the way you see the world, the way that you interact with the world, the way you live in the world. This, I think, is sociology’s most overlooked asset. It’s not going to enable you to build a car or to understand why some stars are bigger than others but does that really matter? These are things you do at certain times in certain places; sociology changes the way you see things at all times and in all places. More importantly, it allows you to challenge what other people often take for granted or accept as being “just the way things are”. Things are never just the way things are. There is normally a good explanation as to why things are that way rather than this way and normally an incredibly interesting exploration as to why people are made to think that some things just are “that way”.

2) Sociology is incredibly eclectic. Sociology is not just about the family or the media, although these are important dimensions of it; if they aren’t your thing then so be it! There are plenty of other areas to choose from when it comes to sociology such as music, political theory, welfare concerns, culture, globalisation, power, empire and dominance etc. Sociology is such a wide ranging subject that sociologists frequently use the work of philosophers, psychologists, criminologists, anthropologists and politicians depending on what it is that they’re studying. This can range from quite everyday concerns like ‘why do families of certain ethnicities have certain attitudes towards gender?’ to much bigger, more complicated questions such as ‘how does popular culture help to keep some people poor whilst keeping others rich?’

1) No textbooks!
At university you will never use a textbook on a sociology course. Textbooks contain lazy, misrepresentative, diluted forms of sociologists’ arguments. They are what bullet points are to essay writing. Sure, more often that not they’ll hit the nub of the argument but you’ll never understand why. You’ll never see the thinking behind the conclusion and the thinking is where all the best stuff goes on. At university you will be eased into reading actual sociologists’ work and using their theories to criticise and engage with the ideas of other sociologists, anthropologists, politicians, philosophers, writers etc.

2) Arguments
Having an argument is the whole point of sociology, philosophy, psychology and politics. Your argument is your way of saying “this is what I am saying about the world and it is true”. At A-level you don’t deal with arguments you deal with perspectives. Those sacrosanct positions that nobody can ever say is wrong because it’s just someone’s perspective. As if somebody’s perspective couldn’t be wrong? At university you learn that it is not about who says what; you learn about who says what and why they say it. Is their argument better or worse than somebody else’s? Is the Marxists explanation of class subjugation a better way of understanding the world than Weber’s? Is there anything true about what the Functionalists say? University offers a lot more room for exploration, understanding and depth. There is nothing easier to dismiss than a glib, unsubstantiated argument.