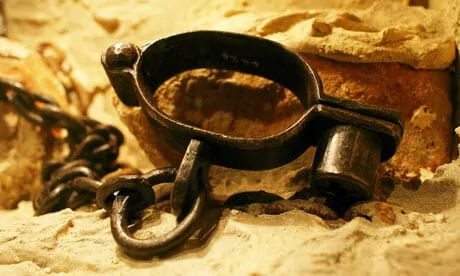 Slavery and Identity in Literature

One of the most turbulent and painful experiences man has undergone has been slavery.  The very concept of slavery, being owned by another being, is contrary to the idea of having one’s own identity. Literature has always been preoccupied with the notion of identity, what it means to be one’s self, and thus slavery and the consequent emancipation has produced some of the most emotive and raw Literature in American history.

“Beloved” by Toni Morrison is a prime example of such literature, recounting the tale of Sephe, a freed slave who tries to shake off the memories of her tortured life at “Sweet Home” farm and her murdering her daughter in order to save her from a life as equally miserable. Morrison perceptively deals with the delicate and painful balance between remembering and forgetting after the escape from slavery. When Sephe is subject to “Sweet Home rolling, rolling, rolling out before her eyes”, the reader is forced to recognise memory as an entity in its own right, where Sephe is the passive spectator to her past experiences from which she cannot escape. The powerful and destructive nature of memory links in with the ever-present struggle between delving into the past to try to find an identity that is not completely defined by others, and to stop the horrors of the past destroying any sense of ‘self’ that the ex-slaves hope to build.

Sexual abuse towards slaves was prevalent and accepted during the 1800’s in the Deep South. Some Literature looks at how sexual abuse contributes towards further removing an individual’s identity, resulting in both the physical and emotional scarring of slaves. In Zora Neale-Hurston’s moving novel “Their Eyes Were Watching God”, Nanny’s relationship with her slave owner is revealed as she states that he “made [her] let down [her] hair” for him. The notion that he “made [her]” indicates her lack of choice in the matter, demonstrating the extent to which slave women did not have a say in either the way that they conducted their lives nor over who they let be intimate with them. The powerful nature of symbolism to convey meaning is used throughout the novel, as “letting down” one’s hair is later used as a symbol of freedom when Janie is repeatedly described as “letting down her hair” after she is free from the tyrannical rule of Jodie. The juxtaposition of this action being used first to insinuate Nanny’s sexual abuse and then to denote Janie’s freedom from the oppression of others reveals the ambiguous use of symbols in texts, and of seemingly mundane objects having much wider and more profound meanings in Literature.

Good Literature is complex and multi-faceted; it requires unpicking and decoding, word by word. Literature has been used as a mechanism through which some of the most painful and terrible ordeals can be coherently expressed. Not only through word choice but also through symbols, metaphors, syntax and characterisation can people’s real life experiences be retold in a way that the reader can identify with them, despite their own background being completely different. Identity is a concept that philosophers have pondered over for centuries, and one that writers explore through recounting stories that deconstruct what it means to have a sense of self.

Slavery and Identity in Literature was written by a Tavistock Tutor