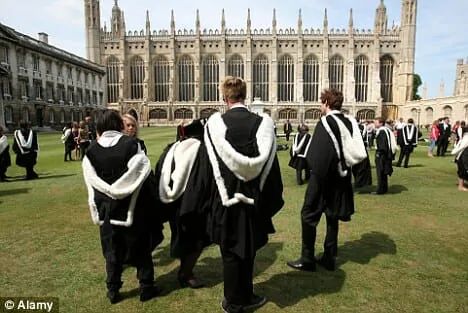 I studied Theology at Jesus College, Cambridge, and I recall finding perceptions of what to expect quite mixed. Some print media seemed to think I would only be asked questions such as “what is the point of a banana?” whilst some successful applicants I spoke to told me it was nothing to worry about.

The truth is somewhere between the two. It is a myth that interviewers expect you to have read everything under the sun in your subject, for example. They are testing academic potential, and whether you will respond well to the one-to-one supervisions that Oxbridge is famous for. As such, what is more important is that you have a genuine interest in what you are applying to study. That is something that cannot be taught.

Equally, interview practice and mentoring for the interviews can have useful benefits. I give mentoring to around two dozen students a year on Oxbridge interview practice. The majority of them are successful, and I think the main reason they are is that they aren’t trying to prove they have infallible knowledge to the interviewer. What they do have is intellectual curiosity. This means that if you are asked what the point of a banana is, you don’t feel you have to immediately present some watertight argument and stick to it no matter what. Rather, you ponder the question and present some possibilities, and have a back and forth with the interviewer.

The important thing to remember is that they are testing to see if you will be a good student, not if you can write a PhD. So interviewers often employ playfulness to get beyond the memorised script you might have been taught at school or during Oxbridge prep sessions. If they do ask you what a banana is for, they’re trying to catch you off guard – but not in order to see how stupid you are. It is in order to see how you deal with a problem you haven’t already memorised a series of responses for. Earnest intellectual curiosity, being unafraid to ask questions yourself, showing you actually enjoy this sort of thing – that should be your focus. If you love your subject, that means simply being yourself.