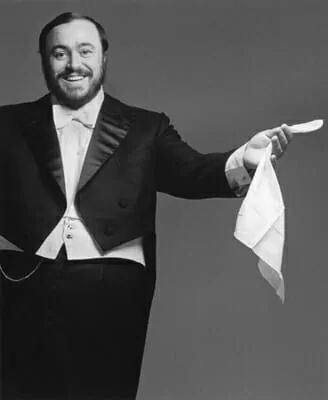 Opera Teacher; a week in the life of an Opera Singer

Life as an Opera Singer is incredibly rewarding, diverse and stimulating in a countless number of ways. On a day to day basis, an opera singer has the opportunity to make love to a beautiful woman, kill a treacherous enemy, do a little casual cross dressing (living the dream) or to simply sing about how good it is to be alive.

But behind every captivating performance and every beautifully sung aria there are years of dedication that allow the singer to take advantage of their gifts and express themselves on the grandest of stages.

Studying to become a singer is a incredibly long process, as vast amounts of the operatic repertoire are not appropriate for young voices, due to the hormonal and physical development of the individual, and so heavier voices can continue to study, work and develop into their early thirties.

However this time allows singers to study at music colleges, such as the Royal College of Music and the Guildhall School of Music and Drama, for up to eight years completing numerous degrees and rounding out their craft. And it is the skills leant in these institutions, as well as with private teachers and language coaches, that will allow the singers to perform on stages around the world.

In any given week, a professional opera singer will be called on to utilize the skills learned over these years, such as the ability to sing in several European languages and musical styles whilst also using acting, stagecraft and movement techniques to enhance the attributes of the specific character they are portraying.

When working on a six-week production for an opera company, the standard working week is extremely structured to allow for all the technical support and musical staff to be coordinated in an efficient manner. A fulltime contract consists of a maximum 11 calls, consisting of three hours each, spread over a six- day period with no more than two calls per day without going into overtime. The rehearsals could consist of music calls, where you sing through the arias and ensembles with the conductor and make sure you are on the same page, production calls, where you explore the work in the rehearsal space, build a track for the character to travel along and find the characters form and how that fits with the production. Also there can be dance calls where you get to throw a leg over and have a bit of fun with whatever the show requires and your operatic counter parts.

Whilst these rehearsals are the “work” within a singer’s week, there are also several other elements that make up a singers working week. A singer must think of themselves as athletes, always warming up and warming down both physically and vocally, and doing daily vocal exercises and practice sessions outside of the rehearsal room to maintain vocal agility and strength. As well as these practice sessions, a singer will be expected to be working with music coaches, language coaches and teachers throughout this time in order to continue to grow the role that they are rehearsing and to maintain and build

their vocal abilities. And if a singer is doing back to back productions, then outside of this already busy schedule, they will be learning, coaching and perfecting the next work for which they are working on in order to jump straight in once the current show has finished.

On top of this, not only does a singer have to be vocally fit for the task, but they must also be physically fit. The modern operatic singer is no longer allowed to be as big as a blue whale. Gone are the days when an opera singer can be allowed to carry an extra few stone because the chocolate Sunday was just too hard to say no to. Thanks to the wonders of high definition cinemas, and the operas that are shown in them, singers en masse are now expected to be in peak physical condition (or at least as close as possible) and so several trips to the gym per week are a must for any professional singer, otherwise the next casting call may be your last…

Whilst all of this may seem like a great deal of work, there is nothing more satisfying than working with great artists on an inspiring project and that is why so many of us do it and commit our lives to singing our little hearts out.

Opera Teacher; a week in the life of an Opera Singer was written by a Tavistock Tutor.