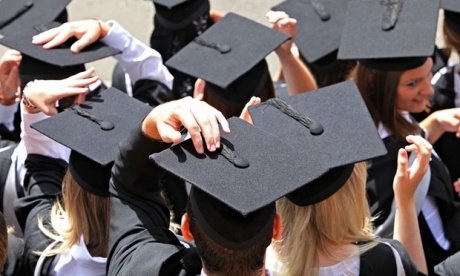 The year I applied to read French and German at Cambridge University. I was probably one of those who stood out the most, but not necessarily for the most advantageous reasons.

To begin, for A-Level I had chosen a peculiar combination of subjects for atypical of the average modern languages applicant: French, Mathematics, Chemistry, German and Biology certainly did not align with what the vast majority of my linguist peers had selected for study in their last year of school. Innumerous times I heard boasting by fellow applicants of having studied a modern language with Latin and/or English Literature at A-Level, so even from the beginning I felt somewhat more daunted when approaching interview preparation.

Something I have always maintained and taken pride in is that fact that Cambridge and Oxford Universities consider every candidate individually; on his or her personal and academic strengths and weaknesses, chosen subjects, social background and schools previously attended. This was one of the pillars that supported me greatly in confidence when progressing through the various stages of the Oxbridge application. Yes, the process itself is arduous and lengthy, but in terms of how much consideration is given to your application on a personal basis, Oxbridge cannot be beaten; this should neither act as an obstacle nor a deterrent, but rather encouragement that you will be given the best options possible to express and sell yourself as an applicant.

Having helped other applicants for languages at Oxbridge previously, I follow a planned rubric of how to give preparation for this process. The first thing I tackle is the concept of the unseen literature/text component which forms the backbone of all Cambridge Modern Languages interviews. To many applicants, this is the most daunting part of the interview: “What if there is vocabulary I don’t know? What if I don’t understand the basic gist of the passage? What happens if I don’t even know who the author is?!” – and rightly so. The unseen literature element is designed to be intense and challenging but it is also there to act as the most valuable component, rich in opportunity to display how a potentially brilliant mind will (or will not!) interpret a passage.

Cambridge and Oxford interviews appeal to candidates who try to stand out and use their initiative wherever possible – follow this simple piece of advice and you could be setting yourself immediately in front of your rival applicants. For my interview I was handed two passages, instructed to study both and choose one to discuss. Since I could not decide on which one was best for me, I requested to tackle both of them – something which seemed to delight the interviewers and set me off on an advantageous track. Anything that makes you stand out and apart from other applicants is a big advantage during the interview. Even though I did not fully grasp the intended meaning of the passages (which was evident by how I was then corrected after my responses to the questions), the professors were really positive about how I responded because, plain and simple, I was able to demonstrate clearly how my train of thought was progressing. This is a crucial part of understanding how to approach the Oxbridge interview and I would recommend these simple first preparatory steps to any potential applicant.