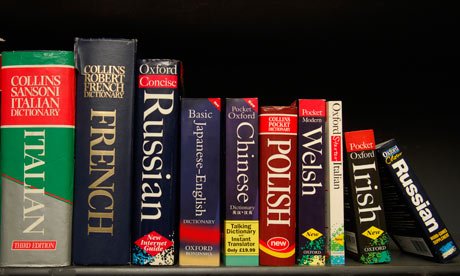 Modern Languages at Oxford: The Interview

It’s a nerve-racking process but it needn’t be. You’ll hear a lot of myths about these interviews, some of which are true and some of which are (emphatically) not. Fundamentally, you’ll never know exactly how your twenty minutes will go and it can be tough to know how to approach them. Preparation is, with any interview, key; but attitude plays a crucial role in both your enjoyment of the process and your success at the end of it.

The most important thing is preparation, confidence and calmness.

The interview starts even before you’ve written your personal statement. What you manage to squeeze into that 5000-character limit (I feel your pain, here) may well determine the very structure of your interview should you get through. What many applicants to the MFL courses fail to realize is quite how literature-heavy the course is: proficiency in the language is obviously a crucial factor at play (and will be a prerequisite, at any rate, for your predicted academic success up to this point). However, when it comes to Oxford, you are what you read. Believe it or not, the standard of colloquial foreign language among the English-born tutors at Oxford is surprisingly poor; their bread and butter is literature and literature alone. So you can’t wing it with a couple of idioms. You must read and read broadly. Apply to a college where the resident professor specializes in your favourite period or read some books from the period of the resident professor’s topic or period of interest. This doesn’t guarantee success, of course, and many tutors have broad interests and areas of research, but tutors are picking people to work with over a four-year period and will naturally be more inclined to take someone who shares their particular interests.

I made a mistake in my interview process: I lied. I wrote down a whole array of books that I had read in my personal statement, which I quite simply had not. I was lucky since I was only quizzed about the one I had studied in detail (thank goodness for the compelling ennui of Roquentin in Sartre’s La Nausée), but had it gone the other way and had I been asked to discuss my views on Montaigne’s contribution to French Renaissance thinking, I’d have found myself in troubled waters. So show your reading in your personal statement and be prepared to talk about all aspects of it.

If you’re being seen for interview, then the most important thing to remember is that you are good enough to attend the university but you’re not good enough to publish a paper on L’Étranger[1]. At least, this is the role that the tutors want to see you play at interview: academic ‘potential’ (intelligence, precision, perspicacity) with a ‘passion’ for the subject (enjoyment, curiosity, inquisition). Be yourself because they want to know whether they can work with you as a person for four-years, but accentuate aspects of yourself in order to show them a sort of humble zest for learning, which is exactly what they want to see.

The process is about you as a person, how you learn and how that will mesh with different tutoring styles. It is essential, therefore, that you are personable, make eye contact and show a keen interest in whatever is presented to you. Tutors do have a form of interviewing mark scheme (language, literature, ‘personality’, all on a scale of 1-10), but there are no marking guidelines: it will all boil down to how well you (appear to) work with the people sat in front of you: the marks will be adjusted accordingly.

The point of the interview is for tutors to see how good you are. There aren’t any trick questions but there can be a few tricky ones.

You can never be sure what will be asked, much less when it comes to the Modern Languages department (which is, in all truth, messy and disorganized). There are a bunch of myths about questions that have been posed in the past (ignore these) and there are a wide variety of example interview questions online, even published by Oxford University, which can help as guidelines but will only take you so far. Similarly, interviews will differ from college to college: in some instances you will be asked to summarize a passage in the given language or discuss the books that you’ve read, or maybe some cultural tidbits that peak your interests, the piece of work you’ve submitted, the reasons you want to pursue modern languages at Oxford and you might be asked to speak in your language for five minutes or so. Most probably, it will be a permutation of a couple of these things plus a general chat. The point is that you can never be sure so the most important thing is to be prepared to do all the above to an extent, but to allow yourself the freedom to improvise, go off course and work alongside the tutors to arrive somewhere. It’s simple interview technique, of course, but you must remember that you’re going in for a discussion based around a given topic (which is what most tutorials end up being when you’re there). If you don’t know, then ask. I remember, much to my chagrin, not understanding the phrase ‘éclater de rire’ for my French interview and upon being asked, I crumbled and started sputtering apology after apology before putting my head in my hands in an act of total, devastating defeat. The two interviewers gave each other a puzzled look, assured me that there was no reason to look so forlorn and told me the answer before moving on with the interview. I left dramatically, got on the phone to my mother and declared, “That’s it. It’s over. They hate me.” And despite the unforgivable stupidity that blocked me from figuring out ‘burst out laughing’ (a baboon in a beret could have guessed it), I got in. Obviously I performed better in other parts of the interview and I got on well with the tutors, but the whole experience was needlessly tarnished because I let my nerves get the better of me and I went in with a them-against-me, I’m-on-trial-get-me-out-of-here approach, when all I needed was to cooperate with the people who were sat opposite me in the room. It’s synergism over antagonism.

Such is the difficult balance that you must strike when you’re in the room at interview: be prepared, but allow freedom to maneuver; be confident but don’t puff out your chest; be calm but don’t slouch; be yourself but play a role: techniques that are sure to stand you in good stead well beyond those twenty grim minutes in a dank room in Oxford.

[1] If you are going for French, then try not to make this little number by Camus the main axis of your views: we’ve all shared a woeful teenage tear with the misunderstood Mersault, but I have it on good knowledge that tutors across the country have had enough. Read La Chute and you’ll impress them.