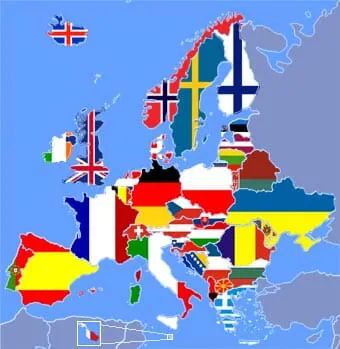 Checking out how our neighbours are learning – and what it tells us about ourselves?

The craze of the exams season and results days. As ever, the newspapers have been full of pages of stats and league tables. They are a perennial guilty pleasure of parents everywhere – has their alma mater gone up or down? How has the new head teacher got on in his first year at their son’s secondary? Is their daughter’s school still the best in the county? Even teachers can’t help but have a sneaky peak, only to then deny them having any significance at all…

Typically these are national league tables – which makes clear sense, since they can only rank pupils who have been sitting the same exams. But this can narrow our focus too much. For while our children were sweating in exam rooms last June, millions of others were doing elsewhere around world. We rarely compare the performance of our own children with those in the rest of Europe (except it seems, when the latest ‘teen pregnancy’ stats come out). Can we learn anything about our own – British – exams system and teaching styles by having a look at the experiences of others on the other side of the Channel?

In the last year, I have had the privilege and pleasure of studying for a Masters at the College of Europe – a little-known institution for postgraduate education institution, originally based solely in Belgium and now split between Bruges and Warsaw, Poland. I received a scholarship to take a course in European Studies at the latter, with students from across the continent and beyond, all living and studying together. Over the course of a year that combined intensive study with an equally intensive social life, a few stereotypes were upheld (the Spanish know how to party, the Italians know how to cook) and a few others shattered (a few of the Germans managed a laugh every now and then….).

The cultural insights didn’t stop at the lecture-hall doors, however. The course was taught in both English and French, and the style of lecturing, learning and examinations varied widely, given that professors were taken from many national backgrounds. Many of the French-language classes were heavily regimented, based around fact-learning as we scribbled down the professor’s every word. Lots of the French and Belgian students thought this was par for the course, but to someone brought up to provide analytical answers to British-style open-ended exam questions, it was bizarre, to say the least.

This style of learning is taken to the extreme in Italy, it seems. A couple of my Italian friends openly said that they had passed many university exams with full marks (100 out of 100). They weren’t boasting – this wasn’t particularly uncommon. “If you spend enough time learning the facts, then reproduce them in the exam, then you’ll be fine”, one said. Our course contained several coursework elements – a novelty for Gabriela, who claimed she had never had to do any kind of essay writing outside of an examinations room. This doesn’t seem particularly conducive to producing outstanding, critical graduates.

When I canvassed my friends for their own opinions, many picked up on this difference. Here, they thought, British-style teaching (if we can generalise) was better than their own experiences at home. Aurélie from France liked being able to have a genuine argument with the teacher. “The teacher does not try to convince you that they have the right answer and seems interested in understanding your point.” Sancho, hailing from Spain but with experience of university in the UK via the Erasmus exchange scheme, liked how the teachers either from or educated in Britain “don’t think themselves as bearers of the truth. If you can back up your arguments and they are consistent, you can say almost anything and they will listen.” Another Spaniard, Juan, disliked how in his own country the teacher acted as a “prophet”. Most made reference to a particular course on European politics taught by a British-educated professor, who encouraged interaction and took regular breaks from his own lecturing to divide students into working groups, which then reported back to the whole class with their thoughts on various topics. At first, this led to the shaking of many heads; by the final week, most appreciated and enjoyed this fresh approach to teaching. Francesca from Italy was especially struck by the learning-by-thinking style more in vogue in the UK, which she said helps “form critical minds.” Monika is originally from Poland but completed her undergraduate studies in Scotland, and her experience has led her to see British-style tuition as more “stimulating”.

My own impressions? I think many of the systems and styles of teaching being used elsewhere in Europe are too restricted. This is typified by the French style of essay writing, which demands not only a very concrete introduction-paragraph-paragraph-paragraph-conclusion, but even a set manner of writing each of those individual components. At the top universities in Paris – supposedly the home of liberté – students are channelled into too narrow a thought process. The same went for those courses that were heavily fact-based. In the end it seemed to matter little whether you were good at economics, or law, or politics, and instead be a case of cramming information into your head, then regurgitating it in a standard format.

These are of course huge generalisations – my favourite course was taught by a brilliant young French law lecturer (albeit in English…). There are also places where I feel, like many of my foreign peers, that the British exam system could learn from its European counterparts. Most felt that exams were simply tougher elsewhere. There can be too little fact-learning in the UK and therefore a tendency for the division between subjects begins to disappear for the opposite reason – well-written essays, regardless of whether the student has a real grasp of the matter at hand, will guarantee decent grades in school exams. Sancho thought that perhaps British lecturers wanted to “question everything, rather than look for answers.” Isabelle, from Belgium, concurred: “nothing seems right or wrong”. Lots of friends found that this freedom for thought could be taken too far, with not enough structure to learning. It could, as Anna from Denmark said, be too “chaotic”, with a disorientating effect.

The recent debate on the reform of the school history curriculum back in the UK is instructive here. The Conservative government has tried to renew the emphasis on names and dates, which have been considered to have been neglected in the focus on essay-writing skills. To some extent, they may have a point. Juan noted that even if he dislikes the “parrot style” in which Spanish students are often taught, the local education system in his region was internationally ranked on the same level with high performers Singapore and South Korea. A balance needs to be struck – one that can be reached with the help of comparison with our European neighbours.

“Any final words?”, I asked. Sancho and Francesca came to one shared conclusion about British lecturers: “We love the accent!”, they both said.