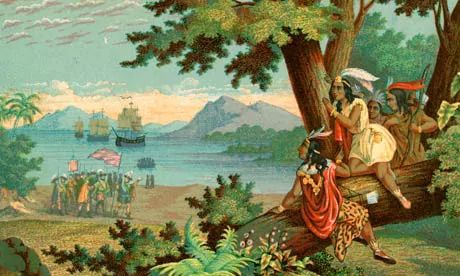 What we can learn from how our children learn

It has long been evident that children pick things up far more quickly than adults. Whether it is learning a new language, how to play an instrument, the movements required for a certain sport or even the acquisition of the multitude of deceivingly complex skills essential for everyday life, we adults are doomed to look on in awe, unable to compete with the incredibly fast and seemingly effortless way that young children learn.

It is common knowledge that the immense potential for learning and adapting our skills to the requirements of the world around us- something that every single one of us was capable doing as children-does not last. The well-known proverb, that you can’t make ‘an old dog learn new tricks’ or ‘a leopard change its spots’ reflects society’s belief that we leave behind our capacity for learning as we grow older. After a certain age, many of us are told that there is no point beginning to learn ballet, piano or skiing. Language learning becomes increasingly difficult, and once we pass what has been termed the ‘critical learning period’ – namely, childhood- we are warned that we will never become completely fluent. If we do, we expect that it will require far more time and work than it ever did when we learnt to talk as children.

However, recent research has increasingly shown that we are wrong in these beliefs. Scientists have discovered that the brain’s neuroplasticity (its ability to change and adapt), is not restricted to childhood but continues throughout adolescence, adult life and old age. As we make use of certain skills, think in certain ways and learn new things, connections between the neurons in our brains are constantly being reweighted in favour of what we are learning and the skills we are making use of. In short, the way our brain is wired continues to change and adapt throughout our lifetime. It is never too late to learn to think in a different way, gain knowledge and ‘learn new tricks’!

It is therefore not the way our brain develops that marks the difference between the way adults and children pick up new skills and knowledge. What really makes the difference is the way in which we go about trying to learn. Now, this should come as excellent news to all of us! Because the research has not only revealed that it is never too late to learn, but it has also demonstrated that by training ourselves to think in certain ways, and thus essentially ‘rewiring’ the connections in our brains, it is  never too late to learn how to learn either. Therefore, instead of looking on in awe at the way young children pick things up, it is possible for us to look on, learn how they do it and emulate their methods!

This is exactly what I decided that I would do, and, since taking time to observe children and think about what it is that make them such sponges for knowledge and skill acquisition, I  have come up with five fundamental pieces of advice which I consider to be the essential steps in learning to learn as well as we did when we were little! They are as follows:

1.Be curious. Human beings are naturally curious. It is one of the remarkable things that sets us apart from the animal kingdom. It makes us question ourselves and the world around us, it is what led us to seek and discover knowledge and it is the foundation behind all learning, discovery and invention. Children are notoriously curious. They will ask about anything and everything. The world around them is a source of endless mystery and fascination. As a reward for this curiosity, they are constantly learning new things.  Little by little, we seem to lose this curiosity for the world. As we become more and more wrapped up in ourselves and our lives, the world becomes less interesting and we become less interested. We are told to stop asking questions, that ‘that’s just the way it is’ and that ‘curiosity killed the cat’. However, I would argue that curiosity is not detrimental. On the contrary it creates the ‘desire to learn’ which is essential to learning and success in any subject.

2. Be open to learning. Accept your ignorance and be receptive to taking on other people’s knowledge. When children learn, they fully accept that they know less than whoever is teaching them. This is something that many of us adults have trouble with. Our own knowledge, opinions and preconceptions get in the way of taking new things on board. We are often cynical of other people’s knowledge and weary of believing what they tell us. Many of us don’t like admitting that we know less than other people. As a consequence, we create our own barriers to learning. Teachers, friends and family have to work a lot harder now to convince us of the truth of what they are saying now than they did when we were little. Whilst a little scepticism and weariness is essential, it doesn’t hurt to let down your guard from time to time, accept that we are all remarkably ignorant in the face of the complexity of our world and even of ourselves and that we all have a lot to learn. If we approach each day as an opportunity for learning from other people and discovering a little more about ourselves and the world, than we may be amazed how much more we take on board.

3.  Be focussed. In these modern times, many of us adults find that our minds are overflowing with ‘shoulds’, ‘to dos’, ‘should have dones’ and ‘will dos’. Our thoughts race backwards and forwards, transporting us away from the current moment into the future, the past and the possibility of a different present. This makes sitting down and concentrating on learning very difficult. Our thoughts will wander, we will read things without ‘taking them in’, say things ‘without thinking’, and learn things, well… without really learning them. Children on the other hand do not have this problem. They live in the moment, taking everything as it comes, and are able to focus intensely on what it is they wish to learn. Anyone who has seen a toddler take it’s first steps will agree that the child is focussed entirely on just that: taking its first steps. In the same way, when a child learns to tie his or her shoelaces they will focus on doing just that. Therefore instead of absentmindedly ‘learning’, next time we learn, maybe we should do that. And only that. Turn off the radio. Turn off the television. Turn off mobile phones. And most importantly, turn off all those pestering thoughts. Turn your attention to what you want to learn. And learn it. Test yourself on it. Learn it again.

4. Know that you will succeed. When young children learn to walk, they never stop to doubt whether or not they will eventually manage. They are patient, they are confident, and they just know that eventually they will walk. Similarly, when children learn the alphabet, when they learn to speak, when they learn to use a knife and fork or tie their shoelaces, they do not fear failure, they are not plagued by doubts of not being able to memorise things, of saying things wrong or of tying themselves in knots. This fear of failure is the most common and most detrimental problem which faces adult learners. We worry that we won’t be able to do it, that we are not clever enough or that we will ‘never be able to’. This of course is silly. With language for instance, as we learnt one once before, of course we can do it again! So instead, maybe we should banish such negative thoughts from our brains, and, like our children, be calm, patient and confident in the knowledge that we will be able to do it, that we are clever enough and that, of course, we will be able to do it eventually.

5. Have fun! Children learn constantly. To them, learning to use a fork, learning to spell their name, say the alphabet, memorise the days of the week, run, jump or play basketball are not work. Instead, they are an enjoyable process that makes life easier, not harder. This mindset is key in understanding how children are such experts in learning! We all want to do things that give us pleasure and satisfaction, therefore, why not make learning itself a source of pleasure and satisfaction? This may sound easier than it is, however, if you implement the first four points, then it is difficult not to enjoy the process of satisfying your curiosity and being receptive to knowledge, whilst knowing all the while that you will succeed! After all, there is no reason why learning should not transform life into the gloriously mysterious game that it is: a game that should be played as it was when we were children- where the ultimate goal is having fun whilst getting to the end rather than being the first to get there.

Learning to Learn
Mind Mapping: Have Fun as You Learn
Building Learning Power