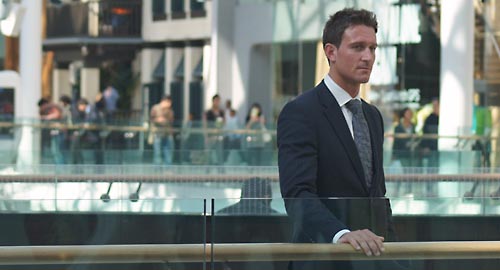 I will focus in particular on some general pointers for the day, as well as the group exercise and the competency interview, as these seem to be the core exercises you’re guaranteed to have in any assessment centre. Beyond those, it can really vary from one assessment centre to another – including written exercises, the Fast-Track exercise (a sort of logic test), verbal reasoning and numerical tests, policy reviews, etc.:

• Of the five different grad scheme exercises I’ve participated in (for four different organisations), there has always been six candidates (including myself) and three examiners in the group exercise. They position the table and chairs in the room so that your examiner will also be marking one of the people sitting next to you (you can probably work it out from the angle they are sitting – they will not have a frontal view of the rest of the other candidates).

• You’ll invariably be given a certain amount of time before the discussion starts in which to read the documents given to you. Make sure you read the instructions sheet carefully! You may well be given a sheet containing info only you have, which you may have to present to the rest of the group. In one group exercise, one of the other candidates presented the wrong sheet of information – a sheet of info that all of us had! You could see that this unfortunately threw him off-kilter for the rest of the exercise.

• It’s about getting the balance between getting your viewpoint across and being heard, without being overbearing or overly dominant. The group exercise can be very tricky, as in many ways the overall result (as a group and for you) is dependent on the other candidates within your group. My Civil Service group exercise went badly for me, as there happened to be three extremely articulate, confident candidates who between them lead the discussion throughout. Although I scored poorly for this section, I still got through the assessment centre to the final interview stage. So – as a side note – definitely don’t get despondent or feel that it is all over if you perceive one of your exercises went badly. The way that the assessment centre’s are marked generally allows for one (or two) weaker activities.

• A good tip: note out anyone in the group exercise who has contributed very little/appears shy. Then when you have finished making your point, before letting anyone else talk, say “(name), what do you think/what’s your take on this?”. Immediate brownie points from your marker for showing awareness of other candidates and attempting to include those who have not spoken so much.

• Don’t get too worried if other people elect themselves as timekeeper or scriber before you. A group exercise examiner has told me that such roles in themselves are fairly token, the examiner’s focus is on what you say and how you say it as opposed to group duties.

• An interesting point: I’ve been told by a couple of assessment centre examiners that a regularly neglected area within group exercises are the financial/economic arguments for/against a debated option. Perhaps people feel that they don’t have enough time to digest numbers and data during the reading preparation time, but it is worth noting this. Perhaps if you do convincingly mention the financial benefits or constraints of an option, you are likely to stand out. It also shows some business/commercial awareness too. So do attempt some number crunching during the reading time!

• The trick here is to realise that the interviewers (there will almost certainly be two or three) very much have a set ‘text’ (and marking scheme) they have to follow. Understand beforehand what they’re looking for you to demonstrate, and then actually getting through the interview really isn’t as hard as you think. This means reading the specific list of competencies on their grad scheme website and making a couple of different examples for each beforehand. It really is all in the preparation.

• “I”, not “we”. When giving examples, really emphasise your (positive) input into the situation and task. It’s very easy to slip into saying “we did this” and “we did that”, but the interviewers are really only interested in hearing what you pro-actively did yourself. In reality, you may feel that you are overemphasising your actual input in the example given, but it is much better to do this than to sell yourself short by not highlighting your contribution explicitly.

• The ‘STAR’ method is really applicable here. When structuring your example beforehand, follow the order Situation (brief context for the example), Task (what the problem was that needed to be overcome), Action (what you did to overcome it), Result (the benefits gained from your actions). It really gives you structure to your answers, means you keep to the point, but also makes sure you are covering everything that they’re looking for.

• In your examples, it is really good if you show that in the situation you were able to put yourself in someone else’s shoes, and then use that knowledge to influence them into doing things differently. It shows empathy, influencing skills and communication skills.

• Avoid bad-mouthing anyone in your examples e.g. “my ex-Manager was awful” (even if they were)! It sounds unprofessional. Instead of talking negatively about them, perhaps focus on the difficulties inherent in the situations that arose because of their decisions (less personal, more professional). Also, avoid talking about ‘problems’. Refer to them as ‘challenges’ instead!

• Don’t be afraid to ask for a moment to think before answering their question if it has stumped you. It is much better to stop, take 10-20 seconds to think and then give a decent answer, than just instinctively commencing an answer and then realising it is not relevant to their question. A pause before answering can potentially show a reasoned, measured approach from the candidate too.

• If you’re 20 or 21 – say a final year undergraduate – don’t feel inferior when you meet much older people at the assessment centre (which you almost certainly will). On my strand of the scheme, of the eight of us chosen, we range in age from 21-30. Being older may give you more experience, but it’s all about how you present those experiences on the day that matters.

• No matter what the organiser may say about lunch time mingles (for meeting current staff/grad schemers) being informal and not being examined, I would say keep it formal! They’re probably not counting your questions and conversation formally towards your final score, however if you say something inappropriate it could well count against you to the point of denying you the opportunity to move onto the next stage. I remember at one assessment centre another candidate saying he’d been forced to apply for the job by his mum to get him out the house. Whether he was joking or not was irrelevant, as the staff member we were talking to looked shocked, told him that it wasn’t an acceptable reason to be applying to work at that company and walked away. Very awkward!

• If you don’t get the job, but get to the assessment centre stage or beyond, definitely be sure to obtain as much feedback as you can. You’ll find some organisations are much better at this than others. For example, the Civil Service gave us around seven pages each of feedback after the one day assessment centre, whereas another scheme I applied to gave me two sentences (after a two day assessment centre!). Feedback is crucial in seeing where you were weakest, and where you need to work on for future grad scheme processes. You may even find it provides a good example for a future competency question along the lines of describing a time you had to deal with overcoming failure and how you did this (i.e. seeking feedback, then organising mock competency interviews etc.).

• Similarly, if you don’t get through to the next stage, bear in mind that the many grad schemers don’t get on to a scheme at their first attempt either (and that applies to me too). It takes practice, and you’ll find by your second, third or fourth grad scheme process, you’ll feel less nervous, more confident and more certain of what they are looking for.

• Finally, if you have the option of an expenses paid hotel or a commute in, go with the hotel every time! There’s nothing worse than the worry of arriving late due to transport issues. Staying nearby immediately relieves this potential stress, and may well also give you a quiet place without distraction where you can read up on your notes.